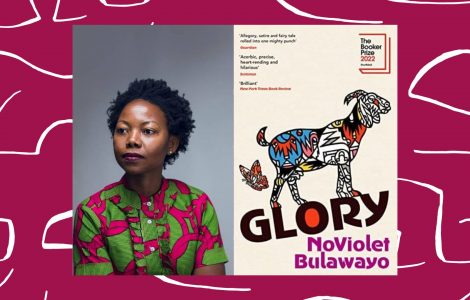 The Booker Prize shortlist for this year has been revealed. The shortlist’s inclusion of the well-known Zimbabwean author of We Need New Names, who was also shortlisted for the same prize in 2013, is an intriguing feature.

Her book, Glory, a political satire with Animal Farm as its inspiration and a chorus of animal narrators, has been shortlisted. “A beautiful crossing of the African continent in its political excesses and its zany people,” the judges praised it as.

One Irish writer, one English writer, two Americans, and a writer from Sri Lanka are also included on the shortlist, which is defined by chair of judges Neil MacGregor as include writers who “spoke powerfully about essential topics.”

The panel of judges trimmed down the longlist of 13 books to the following six titles:

The judges are “absolutely free to choose their own criteria,” Booker Prize MacGregor said when announcing the shortlist live from London’s Serpentine Pavilion. However, he said that they were seeking for authors who “built a world, an imagined world that we can feel as our own.  [In all the six books], something momentous happens to an individual or to a society. They realize what they are and what they can become.”

Shahidha Bari, a scholar and broadcaster, historian Helen Castor, M. John Harrison, a novelist and critic, and Alain Mabanckou, a professor and poet, served as the other judges.

169 novels published between October 1, 2021, and September 30, 2022 were chosen for the long and shortlists from publisher submissions. The Booker Prize is accessible to works written in English and released in the United Kingdom or Ireland by authors of any nationality.