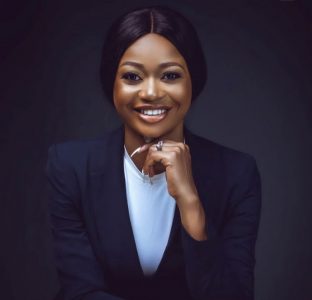 We can argue that the greatest gift we get from nerds has to be social media. It is that part of technology that we all think is super cool. It impacts us in many ways. For most of us, social media is nothing more than places we catch up on the latest trend and gossip. It is a tool we can apply to various contemporary situations and, even more so, a weapon we can wield for different purposes. It cuts across continents and connects people across borders, allowing them to pass information across within a fraction of a second. However, as fast as the world connects, information and misinformation are quickly and easily propagated. One of the unpleasant consequences of this is that continuous propagation of misinformation can lead to people normalising myopic views of particular issues giving rise to various stereotypical worldviews.

A good example would be the way the rest of the world views Africa. Decades of misinformation have been spread about this part of the world, plunging the continent and its people into a slew of racist attacks. These attacks can range from verbal onslaught to physical altercations, constantly putting the continent and its people in danger. It is said that people will continue to harm what they do not understand, which correlates with Africa’s treatment by the Western world. The government has done little or nothing to stop such attacks. This lacklustre attitude shown by the government has given rise to activism on social media spaces. While some of us use the internet to cure our boredom and catch up with the world, some select people use social media to convey important messages about societal issues and have built relevance and a considerably large social following. Such people have come to be described as influencers.

I recently sat with one of these influencers in conversation about the impact of the semi-decentralised nature of social media and its impact on society. Prompted into action after an unpleasant encounter with stereotypical comments from western strangers online, Charity Ekezie has dedicated her platform to educate people worldwide about Africa, debunking stereotypes that have plagued us for years.

Charity has taken it upon herself to find a different way- a better way if you will- to approach these stereotypes. She answers questions about Africa in a satirical manner through videos she posts on Tiktok, a site that came into the social media scene a few years back. In these videos, she pokes fun at stereotypes by standing by things western people believe we do not have access to. In one of her videos posted to the site, the charity stands by an Air conditioner, answering a question about Africa’s electricity. She is making elaborate remarks about Africa while maintaining a straight face to give them an impression that she is serious when it is seen that she is joking. This approach works for her because people seemingly can’t get enough of her tongue-in-cheek humour and approach to these questions.

In this interview, she gave me an insight into the ever-evolving world of social media.

What inspired you to start using your platform to educate people on misconceptions about Africa? What is the basis of this journey?

I had never heard people randomly make remarks about Africa not having water and living in a jungle until I joined TikTok and began seeing many racist and ignorant posts and comments. Many content jokes about Africans drinking only mud water and living in tiny huts. These comments upset me a lot, and I wanted to do something about it but never really had an opportunity to since these contents weren’t directed at me. Until a post that I made showcasing the different African countries and their cultural outfits went viral. Then I started getting questions like “how do I get water if I visit Africa” and “don’t you all live in huts?”. These unbelievable questions spurred me into action, and I made my first video about Africans not having water and drinking saliva. I realised people loved it, so I decided to go on and do more with the other questions I received.

I have noticed from your videos that you have a unique way of answering questions. Tell me, why do you approach questions you get asked from a satirical standpoint?

I realised that it never goes viral whenever I make videos with facts and truth about Africa, and nobody cares enough to watch. There is a different but positive reaction whenever I decide to make sarcastic ones. When I noticed that sarcasm interests people, I decided to keep going. I always ensure there is an element of truth in my videos or clues to the question itself in the background of my videos. Even if it’s not the exact item, it will be close. So that when they watch and laugh at the joke, their attention will also be drawn to the subtle item displayed in the back, and then they’re indirectly taught. So for me, it’s educational satire…in subtlety. People rarely forget what they heard as a joke.

Why do you convey your messages in such a manner?

I believe it reaches my audience positively, and as I said, I ensure to include the facts in my video. For example, someone asked if we had Ac’s in Africa, and I said we don’t have, and we use elephants… But I was sitting Infront of an outside unit with an AC vent. Then I’ll get messages like, “but isn’t that an AC behind you?’ Check!! Cause that’s what I wanted you to see in the first place. So they learn, and it registers. They’re not just laughing at the joke; they’re being educated, so to me, that’s positive. But there are exceptions, some people who don’t understand sarcasm…

Do you ever face scrutiny for the kind of content you put online?

I face a lot of scrutiny from three sets of people. The first set is those who don’t understand sarcasm. The second set is those who still think all I’m saying are lies, and all those things I display to prove we have a good life in Africa are either good CGI or green screen editing, which is ironic. One would wonder how people from the same continent they think don’t have the technology would be able to make clean CGI renditions. Then the third set of people is those who believe I shouldn’t be using sarcasm to educate them but to tell the truth. Meanwhile, I tried that before, but the videos don’t get any recognition.

People will always have a reason to scrutinise no matter what you do. They’ll always complain. The most important thing is that I’m passing a message, and as long as the people receiving the message in awe are much more than the scrutinises, I simply shut the scrutinises out.

Seeing that social media has helped champion some great revolutions, could you give an overview of the focal point of your message and the positive cause you are using your platform to champion?

Many Africans had a myopic view of how the rest of the world viewed us. Africans are generally happy people, so we never thought the rest of the world could view us as lesser. When I started getting in tune with social media, discovering all of these shocked me. That was when I decided to use this opportunity for a positive cause.

I use my platform to expose my audience to the truth they don’t see, the truth hidden in plain sight. Sometimes I wonder why they think such things about us. Propaganda? Racism? Or just sheer ignorance? But at this point, it doesn’t matter; my goal is to do my best to make them see the real Africa, the one I grew up in and not the one they see on doctored media. We are beautiful too.

I also want them to learn the basic things they need to know about us, like the fact that Africa is a continent! It is embarrassing that we still have to point this out in this age and time. That’s the biggest misconception they have about us: calling Africa a country. So I’ll say I’m educating, and they’re learning, and I’m glad I have the platform to do so.

Over the past few months, your followership and reach have increased significantly. What are the pros and cons of being such a known figure on social media?

One of the most significant cons has to the hate and racism thrown at me in ways I have never experienced at times. Living in Africa, I’ve never experienced racism because we live in a largely homogenous society, but social media exposes you to it without restriction. There are racial slurs thrown at you for your skin colour. My first encounter with these threw me off balance and led to a near-depressive episode. But in the end, people would always be people.

There are a lot of advantages, but I stick to the one that makes me happy, which is that my message is being heard. Far and wide across different countries and continents. That alone is the advantage that keeps me going. The fact that people see Africa through my lens is satisfying.

Do you think social media is helping to revolutionise our ever-evolving society?

Social media can have its cons, but the pros are higher! Without social media, I wouldn’t have known what the world thought of us Africans. Without it, I wouldn’t be able to share in real-time my life and experiences as an African with the whole world. I appreciate that social media makes the world look like a small village where you can interact with someone from another continent and feel like neighbours.

I learn a lot too on different social media platforms. There’s a lot of new educational and inspirational content every day. I believe social media is revolutionising the world, and I love seeing how high we will go.

What do you think about the Twitter ban in Nigeria some months back?

I was affected by the ban on Twitter then. I am quite active on Twitter, using it daily to get information about the current happenings in the country. The censoring of free speech was largely unethical; the government was trying to handcuff us since they knew social media had a massive impact on our society. The government did what they thought was right at the time, even though we disagreed with them. They didn’t listen and felt like we were being forced to shut up. I am happy that it has been restored and isn’t a problem anymore, and I hope and pray it doesn’t ever happen again.

This magnificent journey you started is so beautiful to watch. Do you see yourself expanding outside this niche in the future?

Absolutely! I love my continent, and I’m looking to expand while staying true to my original content. Of course, I’m also open to doing other things, but I’m going to keep promoting us till it sinks into people’s heads that we are amazing people with an amazing culture and life, and I can’t wait to see where all of this takes me.