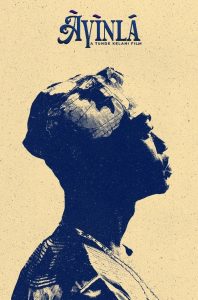 Nigerian film poster designer and illustrator Iyebiye Adeitan constantly explores opportunities to improve his craft. He has been nominated for multiple awards. His poster for the film Efunsetan Aniwura was nominated for the best movie poster award at the Toronto International Nollywood Film Festival (TINFF) and most recently the best film poster award at the Cannes Short Film Festival.

I caught up with Iyebiye, and we spoke about his creative journey. Amongst other things, he talks about what it is like to be creative in a country like Nigeria and the challenges he faces as an emerging creative in the industry.

How did you come up with your brand name?

Kaizen is a coinage based on a Japanese “Continuous Improvement” philosophy. It has been my mantra to improve my craft constantly, and that’s why I maintained the word as my brand name.

Tell me about your creative journey. How did it all start?

The journey started in 2016 as I was rounding off my NCE program. I took an interest in filmmaking and design due to a project I participated in at school. My cousin had sent me a laptop I was using to watch movies and play the Candy Crush game. I got the software and started teaching myself how to edit the footage and do simple designs. I fed off many YouTube videos, and I’ve moved from a different creative endeavour to another before settling for film poster designs. It was the synchronisation between my passion for films and design.

What was it like teaching yourself everything you know now? Most people find it hard to understand YouTube videos. How was it different for you?

It was interesting and challenging at the same time cause I had no luxury of an unlimited internet data subscription. I would wake up at night to use bonus data to download tons of videos and watch them during the day. I didn’t find personal learning hard, though, because I focused on dummies videos and not videos made for pros because they can be confusing. I changed channels as I became more confident in myself. It can be tedious to watch first and practice later, so I usually minimise the videos and follow the steps one after the other. It’s so much easier that way. Once you do that 2-3 times, you can pull it off without the video. Before you know it, you have added a new piece of knowledge.

How did the journey into film poster design and illustration start?

In 2018, I joined the Film Rats Club in my quest to grow connections and meet like minds. I took it upon myself to work with indie filmmakers designing posters for their films. I was working with Chukwu Martin, co-founder of the Film Rats Club. He gave me creative freedom to explore my art style because my style is different from the regular Nollywood posters. That was how I started – by being a part of a community.

What is so unique about your craft? What do you do that makes it different from what we have always seen?

Nollywood, from time immemorial, has been making posters from the commercial point of view with a potpourri of known actors spread all over the poster, but my style is more artistic and conceptual. It’s just a minimalist approach with deep insights and meaning to accommodate both the Nigerian and the global audience.

How do you cope with being an independent creative in the industry?

It has been challenging, but it gets better by the day. I’m already getting a target audience and new converts who also think posters for Nigerian films shouldn’t just be star-studded but can also be artistic. I’m changing the narrative — one poster at a time.

How do you think Nollywood posters are seen and perceived in and outside the country?

An improvement from the 2000s Nollywood film posters. With designers like me, the narrative will keep changing for the better.

What was the first work you created? And when you look back at it — what comes to mind?

It was a film directed by Chukwu Martin titled One Night Chance. I took the job, and I panicked a lot. I had to call in a friend who helped me with the cartoons, but I designed the poster as a whole. I paid the friend 80% of my money for the job. I just wanted to deliver.

Looking back now, I see confidence and growth. Panic of any form is now non-existent.

Can you share some of the works you have done and with whom?

I have worked with Masquerade Media on Fate and worked with Kayode Kasumu on multiple projects like Obaara M, Soole, and Ile Owo. I worked with Chukwu Martin on Mr Gbenga’s Hard Drive. I worked on the Ayinla production, which Tunde Kelani directed.

I worked on Hours Before for 1000 stories production. It won my major international nomination at the Cannes Short Film Festival in France while I worked on Crushed Roses for Taiwo Egunjobi. Also, I worked on Circus of Freedom Square, directed by Anuoluwatomiwa Akiwumi and Shina, a work of Filmtrybe Production.

Which of your work gave you the limelight?

In 2019, I designed the posters for Efunsetan Aniwura. It brought in some recognition — I was nominated at the Toronto Nollywood international film festival for Best film poster. The vintage Ayinla Poster also brought some level of fame. The one that changed it for me was Kayode Kasum’s Soole.

I got a lot of messages and followings afterwards. I wouldn’t say I “blew”, but it was a gradual process as I believe that when the new works I have done are released, they will catapult me into higher grounds.

What was it like working with Brymo on his album?

It was a dream come true. I’m a staunch fan of Brymo, and I won’t say we had a working relationship because I did the work without his input. I drew inspiration from his tweet and made the art, sent it to him, and he liked it. Boom! He accepted to use it.

Before this, it was a fun project that I did for his old albums that he saw and asked if I could make something for his new album, and I did.

What are the major challenges you face in the industry, and how have you been able to navigate through them?

In the beginning, it was a struggle for acceptance. I wanted people to like and use my work, but I discovered that not everyone will. It was a few Nollywood directors who understood my style. Maybe it’s not commercial, but I’ve got a growing client base in European cinema and western cinema too.

How creative do you get with your work? Do you create your idea or work according to the client’s demands?

I work both ways, but I have creative freedom most of the time.

How big do you want to take your craft?

Global scale. It has always been on that level, which is why I don’t like the term “Nollywood film poster designer” because I work outside of Nollywood too.

How satisfied are you with your growth? You mentioned the awards you have received — how did you feel about them?

I am going slow and steady. I have many years ahead to become the greatest film poster designer in the world. I feel proud and grateful for the grace and strength to have pushed this far.

What would you say to creatives hoping to join the industry?

There would be rejections and sleepless nights, including low pay, headaches and tight deadlines. The only way one can overcome all of these is consistency.

Rest, chill and sleep, but don’t quit. Be consistent, and the sky will be the starting point.

How do you unwind as a creative?

I listen to music, watch films, swim, and enjoy travelling.