The importance of adversity: a conversation with Victor Daniel 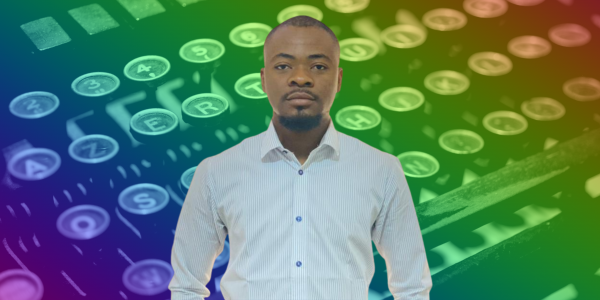 If a group of men stand at random on a sidewalk, each concentrating on their individual effort, the odd one out will be Victor Daniel. He is outstanding. He is simple and classy. Victor is a lawyer with many interesting sides.

On social media, he writes about peculiar things in life that resonate with people. Currently, he generates content for 1sqm by Dantata, improving the brand and visibility of the real estate company.

He believes in the importance of adversity, and his early exposure to film and music expanded his horizons and shaped his understanding of life. At the heart of Victor’s many successes is his understanding that success begins with a small step.

As part of our Black Magix series, we had a conversation with Victor Daniel on specific areas that matter to him and us:

Victor, looking back into your origins, what are some of the things from your childhood that contributed to forging you into the person you are today?

My early exposure to popular culture, such as movies and music, gave me access to information about a greater society beyond the boundaries of my immediate environment. As a kid, I already had strong opinions about many things. Oh, and reading was a thing back then, too. A lot of kids had no choice. There was so much to read–newspapers, novels, journals, even church bulletins. All these factors combined to form who I inevitably became.

I’d love to know about your development journey. There are probably some habits, ways of life, or modes of doing things that you generally are not satisfied with at some point in your life. What are some of these habits that you’re comfortable sharing, and what are the practical models you used to outgrow or overcome them and become a better version of yourself?

I’m not one for habits. I guess that’s a personality flaw because this means that I struggled with discipline a lot. I’d used to rely heavily on talent to get me through the hoops until I started working in an organization where order was demanded. That was a couple of years ago. So, I had to learn different modalities to instill discipline, and the results were tremendous. I realized how easily distracted I could be–I guess it’s a thing with creatives–so I had to learn to focus. I also learned that one of the easiest ways to get nothing done is by focusing too much on the overall outcome before you even get started. When you do that, you’re going to spend a lot of time daydreaming and dilly-dallying. Instead, focus on small steps and execute those steps one at a time. Focus on writing and finishing Chapter 1 like it’s the only chapter you have to write, then move to the next one.

Tell us a few short stories of how you met the valuable people that have contributed to skyrocketing your career?

I’ve only ever met such people online. Because of my relatively popular online exposure, I have access to individuals searching for people with my peculiarities. The CEO of my current job connected with me on Messenger two years ago, and look where we are now.

Can you describe a situation some time ago when stepping out of your comfort zone opened you up to amazing things?

I’d never worked in real estate before. When I got an offer to work for a real estate company, I was very hesitant about taking the job because I knew next to nothing about it. I had mostly written fiction and satire until that calling came. I wasn’t even willing to delve into corporate writing until the offer came. I was clearly outside of my comfort zone when I took the offer, and I struggled for the first few months. But then I took it as a learning opportunity. Look at where I am now.

I read. I watch stuff. I interact. I go out and hang out with friends, have drinks, and do things that I may not be very comfortable doing but that are necessary for new insights into human interaction.

Run us through a couple of the personal philosophies you live by. In what ways have these philosophies been instrumental to shaping the person you’ve become?

I believe very strongly in the importance of adversity. You become a stronger person with every difficult situation you get yourself out of. I know how cliche this may sound, but I can attest to its practical truth. Haven’t you ever found yourself in a sticky situation, and you had to push beyond your limits, doing things you didn’t even think you were capable of, speaking to people you didn’t think you could talk to, so you could drag yourself out of that sticky situation? That’s a character there. That’s the arc of your character coming to form.

For music, I recommend songs by Michael Kiwanuka. He’s a British-Ugandan singer whose songs put me on the right emotional wavelength. I haven’t been reading very much lately, and when I do, I read authors from the immediate past generation. For movies, I recently watched “Lacorice Pizza” and “Belfast”, and I really liked them.