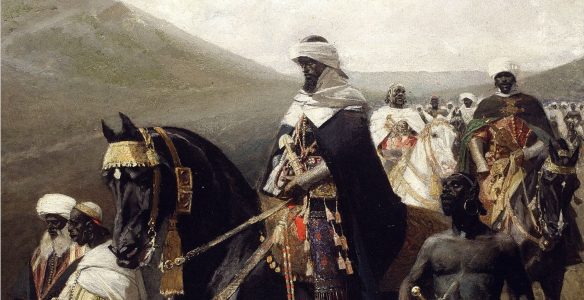 A cultural movement known as the Renaissance began in Europe in the early 14th century and lasted until the 17th century, or in the time between the Classical and Modern eras. The Renaissance was notable for advancements in art, painting, philosophy, architecture, and other intellectual fields, more so than for its cultural core. It was a time when Western Europe had its most rapid growth and development.

The socioeconomic conditions of the era, which shaped Europe’s governmental structure, impacted Renaissance art. Italy is a cultural anomaly since there was no early modern political structure that fostered achievements in the humanities. This freedom opened doors to international trade and commerce, which helped Italy become wealthy by receiving commissions for its artistic production.

Realistic depictions of human emotions were sought after by Renaissance artists. They concentrated on creating human portrayals against a backdrop of nature. They adopted a humanistic perspective, emphasising man over deity, and this can be seen in the sculptures and paintings they produced. While the High Renaissance was more concerned with harmony and drama, the Early Renaissance was more concerned with producing sculptures based on personality and conduct. Roman and Greek artists who portrayed naked human bodies with personalities in their works tremendously influenced Renaissance artists. Everyone wanted to learn and share their knowledge as a result of their efforts to achieve perfection in human arts for expression, individuality, and emotions. This resulted from the reduction of social hierarchies in human status.

Between the middle of the 18th century and the end of the 19th century, Neoclassicism dominated European art and architecture. It concentrated on the ancient Greek and Roman classical art genres. It was partially a reaction to the Baroque and Rococo movements that had begun. It developed into a crucial component of academic art and persisted until the 19th century, when it was made evident in the form of neoclassical architectural museums.

The goal of neoclassical art was to revive the classical art forms of the Greek and Roman Empire during the European Age of Enlightenment. It condemned the Baroque and Rococo architectural forms and sought to preserve the “purity” of Roman art. In France and England, neoclassicism gained popularity before moving on to Sweden. It incorporated the traditional themes of bravery and nationalism.

Through the use of vivid colours and classical motifs, neoclassicism sought to revive classical styles. In their paintings that portrayed peace and grandeur, they shunned light and delicate hues. By incorporating mosaics, columns, engravings, and other ornamental elements into their work, neoclassicists brought back the Greek painting techniques.

A3. The Renaissance was a time of most dramatic advances and movements in Europe, and it represented the revival of the arts, sciences, and medicine. It is used to denote other significant cultural and historical events as well. The more dramatic and direct Baroque style developed from the Classical Renaissance. Thus, Neoclassicism was nothing more than a response to the Baroque fashion in order to maintain the authenticity of ancient Roman arts. Neoclassicism also continued to be a dominant style in academic arts.

In the 15th and 16th centuries, the Renaissance era was one of the most influential and prosperous times, and it gave rise to significant cultural advancements that lasted for almost three decades. A developing civilization’s pursuit of Realism and scientific perfection gave rise to some of the greatest works and accomplishments in philosophy, science, architecture, and the arts, which gave rise to Renaissance art. The dedication to classical arts and revived interest in Roman forms, which included sculptures of naked people without any landscapes in a natural setting, are what make Renaissance art distinctive. It was a significant time that brought prosperity to Europe and allowed skilled artists to flourish because of the period’s freedom for the arts.

One of the greatest artists of the Renaissance was Leonardo Da Vinci (1452-1519). He was an accomplished painter and polymath who was also known as the “Renaissance Man”; he was born in Italy. His other interests included music, physics, mathematics, and botany. He is regarded as one of the most talented people to have ever lived. One of his most well-known and highly regarded pieces is the Mona Lisa. The Mona Lisa is a seated woman in a half-length oil painting from the 16th century.

The Italian neoclassical painter Andrea Appiani was born in Milan and lived from 1754 to 1817. Under Carlo Maria Giudici’s instruction, he learned to paint by imitating sculptures. His finest works can be found in Milan’s royal palace and the San Maria presso San Celso cathedral. Venus and Love and Rinaldo in the Garden of Armida are two examples of his oil paintings.

One of Andrea Appiani’s neoclassical paintings, Madame Hamelin (1776–1851), is comparable to Leonardo Da Vinci’s Mona Lisa. Both are half-length oil paintings of ladies who are seated, reflecting their natural facial expressions, and holding files with comparable aesthetic values and styles.

From the 1780s until the 1850s, neoclassicism had its greatest impact on the arts. Classical themes were made possible by new archaeological findings and settings, which also came about as a result of the Rococo styles. Neoclassicism maintained its classical antiquity and coexisted with the art of Romanticism, which was largely its antithesis. Neoclassical artists substituted realistic, understated, and daring items for those from mythology and religion. The Neoclassicism era was succeeded by Romanticism in the 1830s.

A Comparison Between Renaissance and Classical Art

Renaissance art and classical art share a lot of parallels. Most of the paintings are based on Biblical themes and incidents in which angels interact with people, and they all have a very realistic appearance.

Though it originated in Italy in the early 1500s, Renaissance art is now prevalent throughout all of Europe, including Spain, the Netherlands, Germany, and France. Ancient customs and religious themes are prominent themes in Renaissance art. Through addition to being shown in paintings, sculptures, and sketches, architecture also manifests itself in numerous other forms that are still in use today.

Due to the timeless nature of Renaissance and Classical art, art universities provide in-depth courses on it. It has been around for ages and is still utilised in a wide variety of applications today. Because of its beauty, use of organic colours and components, and narrative content, a good Renaissance painting will capture your attention and hold it for a very long time.

Some of the most well-known artists from this era included Michelangelo, Donatello, Lorenzo Ghiberti, and Leonardo Di Vinci. Many of their works can still be viewed in Europe. Many astounding and exquisite works, such as the Alter Piece of the Mystical Lamb, the Sistine Chapel ceiling painting, and the Assumption of the Virgin, may be found in the Baptist and Catholic churches and cathedrals. These churches have many pulpits that have been painted or carved in Renaissance style.

The Mona Lisa and the Last Supper, two Renaissance works by Leonardo Di Vinci, achieved international fame. Jan Van Eyck, Hubert Van Eyck, Robert Campin, Hans Memling, and Hugo van der Goes are examples of lower country artists. Even though these painters largely adhered to the Mediaeval style and did not attempt to revive antiquity in their works, they were nevertheless talented and on par with the well-known masters.