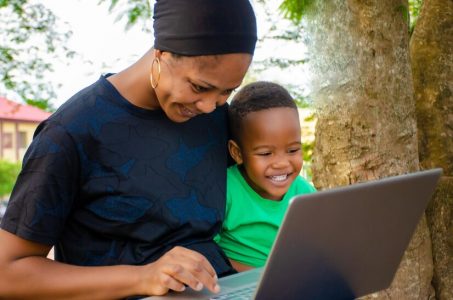 Regulators and the Tech industry have focused on young people’s online content acquisition, including content upload filtering and automated content detection. But, the solution to a safer environment may lie in the aftermath of a young person’s experience with that content. What happens after they have encountered the content?

About 47% of young people are reported to have received intimidating, threatening or cruel messages online, and online security among children is a matter of heightened interest. With every technological advancement, it becomes somewhat of an uphill task. Reports by digitaltrends.com recorded a 70% increase in online bullying and abuse amongst children and teenagers within a month of the 2020 lockdown. This trend has constantly risen since then.

Under 18, with a smartphone and internet access, connecting, learning and exploring creative ventures online sounds fun and fabulous right? One thing you may be forgetting is that the online space is a double-sided sword. It poses serious dangers too. And they are just a child.

It is a problem handed down. But all attention seems to have coupled in the middle stages of children’s experiences with online content. It stems from content upload, access and maybe content detection. But what about the downstream stages? What happens after a young person has encountered abusive content online?

The most alarming form of online violence among children in Kenya is Online Child Sexual Exploitation and Abuse (OCSEA). OCSEA victimisation occurs through the subject taking part in the production, distribution and consumption of sexually explicit materials, with some of the perpetrators attempting to meet the victims in person to extort them for such content.

UNICEF’s disrupting harm in Kenya report released in 2021 highlights shocking comprehensive evidence on this. What stood out was the percentages of children who admitted that this had happened to them. Among the general victims who had suffered online violence, 5% and 13% admitted to having experienced OCSEA.

These types of online abuse inherently bring about inevitable consequences for the children who are victims. What sort of coping mechanism do they resort to?

More facts from the disrupting harm report 2021 revealed that about a third of the surveyed victims of online sexual abuse had told nobody about the experience. Among the victims asked with whom they shared the experience, most of them shared it with close friends; very few confided in their caregivers.

Failure to know the right person to talk to, shame and embarrassment, lack of mental capacity to share, and fear of getting in trouble or being punished are some of the main reasons why children do not share their online experiences.

And when all is said and done, these incidences may result in mental health issues, social isolation, self-harm or suicide, and the likelihood of exhibiting abusive behaviour once the victim becomes an adult.

Nowadays, it is evident that children and teenagers are a prevalent group using social media for extended periods. It is beyond doubt that there is a connection between social media use over long periods and mental health. A report finds that two-thirds of children experiencing mental health issues have experienced cyberbullying within the last year.

How ready is the country in terms of policies and regulations?

Statistically speaking, between the year 2017 and the year 2019, the enforcement authorities in Kenya received, on average a year, over 13,570 cyber tips from online platforms.

However, the number had risen to 14,434 in 2020. The main problem, as indicated in disrupting harm report, showed Law enforcement authorities often have difficulty recognising, following up and bringing the perpetrators to book. This is an utter reflection of the loopholes in the legislation.

Through its Children Bill 2021, Kenya is making strides to see that the unforeseen gaps from the children Act 2001 are filled.

Other crucial documents are: The National Case Reform Strategy and the impressive first-ever National Plan for Action to address Online Child Sexual Exploitation and Abuse (OCSEA) have also been put in place. These documents aim to guide stakeholders involved in this matter to act positively regarding children’s safety online.

Then there are the stakeholders who play a crucial role in fighting the war against online abuse. They include The government, public officials, children’s public service providers, parents, guardians, and caregivers.

Perhaps, training on digital literacy and online safety skills would be an excellent and vital addition to children’s education curriculum. This way, children can at least be groomed on how to behave online.