“Writing kept me from insanity.” Haruna Adinoyi on the challenges of writing wrongs 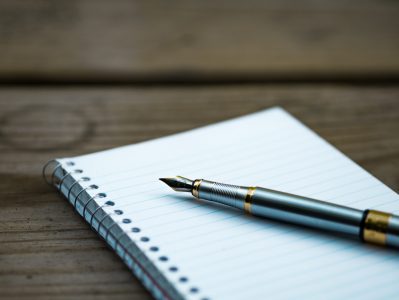 You know, the saying about writers being righters is indeed true. Haruna Adinoyi Yusuf is a living example. He is a fearless writer who has even been beaten by corrupt policemen, yet he writes the truth to help right society’s ills. Haruna Adinoyi is a filmmaker and a prolific writer. He wrote new stories that made headlines, wrote over a dozen screenplays, directed four movies, published three books, helped countless writers improve their writing, and helped many of them publish their works, especially in 2021.

In this new conversation, he talks to us about his struggles as a human, and as a black creative.

HANEEFAH ABDULRAHMAN: How are you celebrating Black History Month?

HARUNA ADINOYI: I don’t think black history should be celebrated in just one month. I think it should be an all-year affair. We all know how long the black race has suffered and is still suffering. Let’s not just talk about us here in Africa; this goes beyond Africa. I mean, we see what’s happening to our brothers around the world. We see what we do to our brothers. So you see, we should not celebrate the black race in just one month. It’s not enough.

And how do I celebrate? Do I celebrate just within February? No. For me, it’s an all-year affair. You know, I talk to people, and we have discussions about the issues the black race is facing. The issues we’re facing are way bigger than so many people think. Some people still see the Black race as an inferior race and that the Whites are, in some ways, bigger than us. Sometimes I talk to people, and we look into issues, discuss and have arguments, and then at the end of the day, we come to a consensus. Usually, we all have different opinions. Still, it always ends with everyone agreeing on ways to change people’s mindsets in our immediate environment about Black people.

Okay, I love your ideology about celebrating Black History Month and looking at how we’ve suffered, struggled, and gained independence. And, ironically, even in freedom, we happen to be still suffering. So tell me, as an artist, writer, photographer, and someone who has edited the works of different Black creatives. How have you contributed to the freedom of Black people?

Art is in everything. No, art is everything. Well, it’s a pity most people don’t appreciate art. They’d rather focus on mundane things. So, as a writer, I write about anything and everything. And that includes what some of my peers call “songs of rebellion,” though I don’t see what I write as such. My duty as a writer is to make everyone see, hear, and feel that light is different from darkness, which I do through poetry. I must confess that I haven’t done much in poetry with photography, but I’m looking towards that this year. So you see, these days, I don’t talk about how much we’ve suffered. I talk about what is wrong with us, what is currently wrong with us as a race, and how we can become better.

What was it like for you when you first started? What is your story?

Haruna Adinoyi: I started writing in 1993. You know, if I had read Charles Bukowski’s poem, where he said, don’t try, I wouldn’t have tried writing. Just maybe. But then writing came to me. Like a shade comes over your head on a sunny day. And it has never left me since then. The journey, however, was full of thorns and broken bridges. It was a journey I used to recount. What with the scorn and jabs are thrown at me for not being ambitious and the embarrassment from family and friends? But I’m still here. And they’re still here. I’m winning. We win. And then some political issues won’t let the self-taught creative blossom without ugly scars. Yes, it’s been tough. It’s been tough. And that’s why I do my best to be of help to other creatives. I don’t want any other person, any creative, to pass through what I have experienced.

Wow. Do you mind sharing a full story of one of your struggles during your journey?

One incident I will never forget was how three drunk police officers brutalized me. I went to see a friend that evening, and we were discussing a poem I’d written about corruption. So I was reading this poem to my friends, and there were these guys. They were drunk, and they were in Nigerian police uniform. They approached me and asked why I had written about them. I told them I didn’t write about them. I didn’t even know them. But they kept telling me I was spying on them and had written about them. Before I knew it, they pounded me, rained punches on me, kicked me, and tore my poetry notebook. One of them held me to the ground while the other two punched and kicked and cursed every other writer out there and me. It went on for like 10 minutes. When they were done, I was left with black eyes, a split lip, and a dislocation in my left arm. This incident happened nearly two decades ago in Bida, Niger State, where I live.

It’s really funny how people who are supposed to protect us turn out to be the ones that bully us. But then, after this, you said you kept writing and kept moving. So, what achievements are you most proud of in your writing journey?

Yes, I kept writing. I kept writing about incidences like the one that happened earlier. It could have been me instead of George Floyd and others like him. So, my writing kept me away from insanity. My greatest achievement as a writer is being able to help other writers. That’s first. Then comes publishing my three books.

What was your earliest writing memory?

It was a poem about birds being free in the sky. It was an English class activity in secondary school.

How much of a relationship do you have with other Black artists and writers?

Writers are like family. Black writers are my blood. They are the souls that feel my pain. They grieve with me the way I grieve with them. I read works by Black writers a lot. I reach out to those who are open to writer friends. And those around me, I work with them. They teach me, and I teach them. We grow together without much suffering.

So finally, what are your final words to all Black people and creatives?

Be yourself. Be true to yourself. Don’t let anyone tell you you can’t do it. And remember, it is not the world that has changed. It is we, the people in the world, who have changed. So to make the world a better place, look in the mirror and change that man in the mirror. Change starts with the self. And to Black creatives. Remember, your seers are not vulgar votaries of falsehoods. Thank you.