Insight and Humour in Trevor Noah’s Born a Crime 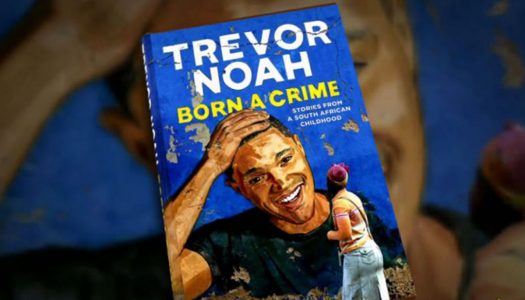 Trevor Noah is an African-American comedian who just wrote a book chronicling, mainly, his childhood in South Africa as an interracial child. Interestingly, I read Borna Crime this was around the same time I read Chimamanda Adichie’s​ Americanah and Babara Wood’s Green City in the Sun, both of which also border around the issue of race.

Born a Crime, captured my mind, firstly because it’s a totally relatable narrative of an African childhood. Minus the interracial descent, but talk of parent’s (mothers especially) drive towards religion and their resolve to drag any child along with them in their religious path, talk about friendship and relationships in the community and in school, Trevor brilliantly captured the experiences, feelings and behaviours characteristics to the African growing up.

Temperance lived with his second family in the Meadowlands, and we visited them sparingly because my mom was always afraid of being poisoned. Which was a thing that would happen. The first family were the heirs, so there was always the chance they might get poisoned by the second family. It was like Game of Thrones with poor people. We’d go into that house and my mom would warn me.

“Okay, then why don’t I just pray to Jesus and Jesus will take the poison out of the food?”

Personally, like Americanah, Born a Crime was enlightening in terms of the nature and history of racism and apathied in South Africa. Right at the beginning on the book, Trevor wrote, for example,

The genius of apartheid was convincing people who were the overwhelming majority to turn on each other. Apart hate, is what it was. You separate people into groups and make them hate one another so you can run them all.

At the time, black South Africans outnumbered white South Africans nearly five to one, yet we were divided into different tribes with different languages: Zulu, Xhosa, Tswana, Sotho, Venda, Ndebele, Tsonga, Pedi, and more. Long before apartheid existed these tribal factions clashed and warred with one another. Then white rule used that animosity to divide and conquer. All nonwhites were systematically classified into various groups and subgroups. Then these groups were given differing levels of rights and privileges in order to keep them at odds.

All through the book, such factual passages educates the reader.

Also, credit to Trevor being a commedian, Born a Crime was fun to read and I found myself either chuckling or grinning over the earpiece from time to time; people who see me acting this way on the road may think I’m going insane.

Thanks to my long walk to school, I was late every single day. I’d have to stop off in the prefect’s office to write my name down for detention. I was the patron saint of detention. Already late, I’d run to join my morning classes—math, English, biology, whatever. The last period before break was assembly. The pupils would come together in the assembly hall, each grade seated row by row, and the teachers and the prefects would get up onstage and go over the business of what was happening in the school—announcements, awards, that sort of thing. The names of the kids with detention were announced at every assembly, and I was always one of them. Always. Every single day. It was a running joke. The prefect would say, “Detentions for today…” and I would stand up automatically. It was like the Oscars and I was Meryl Streep. There was one time I stood up and then the prefect named the five people and I wasn’t one of them. Everyone burst out laughing. Somebody yelled out, “Where’s Trevor?!” The prefect looked at the paper and shook his head. “Nope.” The entire hall erupted with cheers and applause. “Yay!!!!”

Then there’s this part where he talked about having to push his mother’s car in traffic because it’s short of petrol,

Petrol for the car, like food, was an expense we could not avoid, but my mom could get more mileage out of a tank of petrol than any human who has ever been on a road in the history of automobiles. She knew every trick. Driving around Johannesburg in our rusty old Volkswagen, every time she stopped in traffic, she’d turn off the car. Then the traffic would start and she’d turn the car on again. That stop-start technology that they use in hybrid cars now? That was my mom. She was a hybrid car before hybrid cars came out. She was the master of coasting. She knew every downhill between work and school, between school and home. She knew exactly where the gradient shifted to put it into neutral. She could time the traffic lights so we could coast through intersections without using the brakes or losing momentum.

There were times when we would be in traffic and we had so little money for petrol that I would have to push the car. If we were stuck in gridlock, my mom would turn the car off and it was my job to get out and push it forward six inches at a time. People would pitch up and offer to help.

And what do you say? The truth? “Thanks, but we’re just so poor my mom makes her kid push the car”?

That was some of the most embarrassing shit in my life, pushing the car to school like the fucking Flintstones. Because the other kids were coming in on that same road to go to school. I’d take my blazer off so that no one could tell what school I went to, and I would bury my head and push the car, hoping no one would recognize me.

Trevor can be appealing philosophical too. Somewhere, he said:

I don’t regret anything I’ve ever done in life, any choice that I’ve made. But I’m consumed with regret for the things I didn’t do, the choices I didn’t make, the things I didn’t say. We spend so much time being afraid of failure, afraid of rejection. But regret is the thing we should fear most. Failure is an answer. Rejection is an answer. Regret is an eternal question you will never have the answer to. “What if…” “If only…” “I wonder what would have…” You will never, never know, and it will haunt you for the rest of your days.

There’s also this part where he wrote about how his childhood dog thought him something about life. I recently wrote about that on Topistic.

One of my favorite parts of the book is somewhere at the beginning where quite indifferently Trevor remarked an important truth about the religion of the Africans:

My whole family is religious, but where my mother was Team Jesus all the way, my grandmother balanced her Christian faith with the traditional Xhosa beliefs she’d grown up with, communicating with the spirits of our ancestors. For a long time I didn’t understand why so many black people had abandoned their indigenous faith for Christianity. But the more we went to church and the longer I sat in those pews the more I learned about how Christianity works: If you’re Native American and you pray to the wolves, you’re a savage. If you’re African and you pray to your ancestors, you’re a primitive. But when white people pray to a guy who turns water into wine, well, that’s just common sense.

I could go on and on quoting passages from Born a Crime it then I’ll quote almost every line of the book because, in its entirety, the book is an interesting and captivating read.