The Complete List: Listen to All the Black Winners at the 64th Grammy 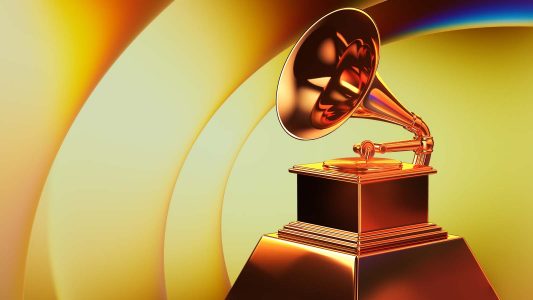 Brandon Paak Anderson is an American rapper, singer, songwriter, record producer, and drummer.  He has won several awards including eight Grammy Awards, a Soul Train Music Awards, a Sweden GAFFA Awards, and two MTV Video Music Awards. Anderson built a successful solo career and goes ahead to form two super duos. One is NxWorries, formed in 2015 with record producer Knxwledge. The other is Silk Sonic, formed in 2021 with fellow singer-songwriter Bruno Mars. The debut single with Silk Sonic became Anderson’s first single to reach number one on the Billboard Hot 100, and was the recipient of four awards including Song of the Year and Record of the Year at the 64th Grammy Awards.

Jonathan Michael Batiste is an American singer, songwriter, musician, composer, bandleader, and television personality. Batiste is part of the band Stay Human. He regularly tours with the band and leads them nightly as musical director on The Late Show with Stephen Colbert since 2015. Batiste has earned five Grammy Awards from 14 nominations. He won the Album of the Year award at the 64th Grammy for his 2021 album We Are. In 2020, he co-composed the score for the Pixar animated film Soul, for which he received a couple of shared awards, including an Academy Award, a Golden Globe Award, a Grammy Award and a BAFTA Film Award.

Don Cheadle is an American actor and producer. He has won various awards including two Grammy Awards, two Golden Globe Awards, two Screen Actors Guild Awards as well as an Academy Award nomination, and 11 Emmy Award nominations. He won the 64th Grammy Awards for Best Spoken Word Album for Carry On: Reflections for a New Generation from John Lewis.

Black Coffee, is a South African DJ, record producer and songwriter. Coffee established his own record label Soulistic Music. He has six SAMA, one DJ Awards, and one Grammy Awards. His album Subconsciously won him his first Grammy in the Best Dance/Electronic Album category.

Angélique Kidjo is a Beninese singer-songwriter, actress, and activist who is noted for her diverse musical influences and creative music videos. In 2007, Time magazine called her “Africa’s premier diva”. Angelique has sung during the Tokyo 2020 Olympic Games Opening Ceremony on July 23, 2021. On September 15, 2021, Time included her in their list of the 100 most influential people in the world. She has one many awards and recognition including the Afropop Hall of Fame position, Antonio Carlos Jobim Award laureate, Forbes Woman Africa Entertainer Award, and five Grammy Awards. Her album Mother Nature, which won the Best World Music Album Award at the 64th Grammys was released in 2021, a year after she won same award in same category for her album Celia.

Cedric O. Burnside (born August 26, 1978)[2] is an American electric blues guitarist, drummer, singer and songwriter. He is the son of blues drummer Calvin Jackson[3] and grandson of blues singer, songwriter, and guitarist R. L. Burnside. Cedric has won the Blues Music Award six times, nominated for the Grammys thrice before finally winning in the Best Traditional Blues Album category for his album I Be Trying at the 64th Grammy Awards.

Jazmine Marie Sullivan (born April 9, 1987) is an American singer-songwriter. Sullivan has received two Grammy Awards, a Billboard Women in Music Award, two Soul Train Music Awards, three NAACP Image Awards, and two BET Awards over the course of her career. She won the best R&B Album Awards for ther album Heaux Tales and the Best R&B Performance for Pick Up Your Feeling  at the 64th Grammys.

Ye (commonly known as Kanye West) is an American rapper, record producer, and fashion designer. One of the world’s best-selling music artists, with over 160 million records sold, West has won 24 Grammy Awards, the joint tenth-most of all time, and the joint-most Grammy awards of any rapper along with Jay-Z. He is frequently lauded as one of hip hop’s greatest artists, with his music among the most acclaimed. Among his other awards are the Billboard Artist Achievement Award, a joint-record three Brit Awards for Best International Male Solo Artist and the Michael Jackson Video Vanguard Award. Six of West’s albums were included on Rolling Stone’s 2020 500 Greatest Albums of All Time list with the same publication naming him one of the 100 Greatest Songwriters of All Time. He holds the joint record (with Bob Dylan) for most albums (4) topping the annual Pazz & Jop critic poll and has the 5th most appearances on the Billboard Hot 100 (133 entries). Time magazine named him one of the 100 most influential people in the world in 2005 and 2015. He won in two categories at the 64th Grammy Awards. His song, Hurricane, won in the Melodic Rap Performance Category, and his song, Jail, won in the Best Rap Song category.

Questlove is an American musician, songwriter, disc jockey, record producer, music journalist, author, actor and film director. He is the drummer and joint frontman (with Black Thought) for the hip hop band the Roots. He has won numerous accolades, including an Academy Award for Best Documentary Feature for his directorial debut Summer of Soul and six Grammy Awards. The Roots have been serving as the in-house band for The Tonight Show Starring Jimmy Fallon since February 17, 2014, having the same role in Late Night with Jimmy Fallon. He won the Best Music Film category in the 64th Grammy Awards for the Summer of Soul album, a collection of the soundtrack for a documentary film of the same name.

CeCe Winans is an American gospel singer. Winans has been awarded 15 Grammy Awards, the most for a female gospel singer; and 28 GMA Dove Awards, 16 Stellar Awards, 7 NAACP Image Awards, along with many other awards and honours to her credit. CeCe Winans, known as the greatest gospel artist of the time, is the best-selling and most-awarded gospel artist of all time. Wins for CeCe Winans at the 64th Grammy Awards include, Best Gospel Performance/Song category for Never Lost; Best Contemporary Christian Music Performance/Song category for Believe for It; and Best Gospel Album for Believe for It.

Christone Ingram is an American blues guitarist and singer. He became a well-known performer as a teenager. He has been nominated twice for the Grammy Awards. He won in the Best Contemporary Blues Album category for his album 662 at the 64th Grammy Awards.

Christian McBride (born May 31, 1972) is an American jazz bassist, composer and arranger. He has appeared on more than 300 recordings as a sideman and is an eight-time Grammy Award winner. He won in the Best Large Jazz Ensemble Album category for the album For Jimmy, Wes and Oliver.

Lucky Daye, is an American singer-songwriter from New Orleans, Louisiana. Daye has received a Grammy Award from six nominations for his musical work. He won an award in the Best Progressive R&B Album category for his album Table for Two.

Gabriella Sarmiento Wilson, is an American R&B singer. She changed her professional name to H.E.R. (Having Everything Revealed) in 2016. Her first compilation album H.E.R. (2017), consisting of tracks from her first two EPs plus six additional songs, was nominated for five Grammy Awards, winning Best R&B Performance and Best R&B Album. Her second compilation album, I Used to Know Her, was nominated for five Grammy Awards, including Album of the Year and Song of the Year. She won the Best Traditional R&B Performance at the 64th Grammy Awards with her song Fight For You.

Maverick City Music is an American contemporary worship music collective and record label founded by Tony Brown and Jonathan Jay originating from Atlanta. Maverick City is made up of 12 members, about half of which are Black. They were nominated for the American Music Awards in 2021. They won the Billboard Music Award for Top Gospel Album category  in 2021. They’ve won two GMA Dove Awards. Their joint album with Elevation Worship, Old Church Basement, won the Best Contemporary Christian Music Album category in the 64th Grammy Awards.