Minority Representation in a Constantly Evolving World: Notes from the Ibom International Art and Book Festival 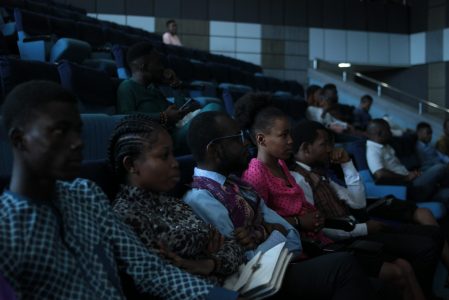 When we talk about minorities, what do we refer to?

There is a constant request for increased efforts to be made to highlight the voices of the BAME and BIPOC populations due to the persistent marginalisation of these classes of people in the western world.

But frequently, especially when talking about events on the shores of the African continent, we ignore other definitions or classifications of minority groups. Take Nigeria, for example. Many conversations limit the grouping of the entire country into three ethnic groups: Hausa, Igbo, and Yoruba. They are usually called “the three major ethnic groups”, shamelessly giving off the unfair bias against and exclusion of other ethnic groups like the Ijaw, Ibibio, and Urhobo people from decision-making conversations about the country.

For example, political discussions usually follow the pattern of a tripartite Nigeria. These conversations are characterised most famously by a call for the zoning of the nation’s presidential seat, which generally only considers the Hausa, Yoruba, and Igbo trinity as the only qualified ethnic groups. One would wonder why this should even be a norm besides, perhaps, only based on a simplification of structure—which I believe could be accomplished in another way, not based on ethnic but geographic zoning.

If you have been following The Moveee, you’ll notice that at the centre of everything we do is a dedication to platforming the creative efforts of minority groups, both within and outside Africa. Therefore, the Ibom Art and Books Festival is an outlet of choice as the underlying theme for the discussions at this year’s edition revolves around the proper representation of minority groups in the ever-evolving creative scene.

Misrepresentation of minority communities by gatekeepers

A panel session titled “How Not to Write About Minority Characters” features conversations between Jumil F. Khan, Udeme Nana, Samuel Udoma, and Aaron Solomon. It centres around breaking the marginalisation of minority communities by the media or creative gatekeepers.

The panel established that a significant problem with minority representation is the media power control that people in majority groups have. Often, we see international media and publishing houses attempting, usually successfully, to take over the narratives of minority communities. “Minority” does not necessarily mean low population but rather insufficient global representation.

A case in point: the underrepresentation of Africa in the international media and publishing scenes has consistently resulted in conversations about the continent being led by people whose realities are widely detached from the African cultural grassroots.

For example, an authoritative book about the Orishas should be written by a knowledgeable Yoruba representative, preferably living in any Southwestern Nigerian state. However, it will interest you to know that in 1993, a book titled The Way of Orisa: Empowering Your Life Through the Ancient African Religion of Ifa was written by a white Ifa priest named Philip J. Neimark. He was also the president of Ife Foundation International.

More recently, Cambridge University Press published a book titled Soro Soke: The Young Disruptors of an African Megacity. This book, written by Berlin-based journalist Trish Lorenz, received a massive social media backlash from Nigerians who claim that it is unfair for white people to keep mining African realities and stories for personal profit or accomplishments.

One main problem with the lack of representation of minority groups in media and publishing discussions is that any story presented by people detached from the realities of the story would most probably contain errors or even deliberate biases. Such accounts have the potential to further unhealthy stereotypes about minority groups.

Now, this is a problem. But we can’t keep talking about issues without proferring solutions. The underlying solution discussed in the panel conversations is internal. While we won’t stop fighting against the deliberate erasure of minority voices, we must also keep developing the said voice.

We can’t be represented if we do not have the resources required. And what single most crucial resource can you think of, if not human resources?

Minority groups need to arm more representatives and prepare them to be resourceful in decision-making positions. Through education and funding, platforms can be created so that the need to seek approval from biassed media reduces drastically. Thus, true stories can be told, and there won’t be room for unsolicited narrations by unqualified professionals.

As long as the internal measures are taken, the effect can be amplified by combining external efforts. This brings us to the panel’s theme, “How to Write about Minority Characters.”

We cannot always rule out the advantages of the efforts of people like Philip and Trish. There will always be people outside of a culture who embark on writing about the culture. In such cases, the need for cultural respect, goodwill, and proper research cannot be overemphasised.

During the panel, Jamaican author Roland Watson-Grant stated that as much as you want to represent a people, you should be willing to understand the culture through genuine involvement and deep research of every crucial cultural element that defines the people.

For example, I spoke with Betini, a fellow attendee of the event, about the relationship between international media and African content. She showed concern about how the global media’s need to appeal to an audience with particular fetishes for African culture usually leads to them creating a caricature or stereotypical presentation of African realities. “It’s like they want to be seen as being inclusive or progressive but won’t put in the effort,” She added that no matter how much research an outsider conducts, they can’t speak of the realities of a culture like the people of that culture. However, genuine effort should be rooted in respect and goodwill.

Among many other conversations at the festival, the conversation around digital art, which Burns Effiom started during his Day Three keynote speech on Inclusion and Collaboration, is of interest to the ongoing minority representation discussion.

In the past, artists (including writers) relied on cultural gatekeepers’ approval to succeed in their craft. While, to a great extent, this remains the reality, the emergence of decentralised or at least semi-decentralised digital platforms over the past few decades has shifted some power towards individual reach.

Anyone can now utilise readily available tools to reach a global audience.

Burns acknowledged digital innovations like NFTs as opportunities for everyone to have a share of creative representation. “NFTs are anti-minority and anti-marginalisation,” he claimed. This is an exciting development because it means that, with tools like NFT, artists from around the world can now have a say in the creative economy.

While the development of standard inclusion can be a slow and lengthy process, the NFT ecosystems provide a quick solution — an avenue for all-inclusive representation. An artist from remote villages in Uyo can mint their work on the blockchain, and people from all over the world can interact with (collect, auction, buy) the work. It is so exciting.

This is a new development, and it’s yet to provide all the benefits of traditional creative interactions, but it has so far given a voice to the ordinary person.

NFT is innovation, and many people do not understand the basis of the rave about it. To some, burning an original work of art to justify the value of an NFT is insane and extreme. This is an ongoing conversation, and BurntBanksy, one of the earliest and most famous examples of art for NFT burning, has this to say:

This is new territory, and it’s understandable if you do not yet understand it fully. Still, one thing stands — the fight toward proper representation of minority creative communities will be fostered partly by the blockchain because, as Burns Effiom puts it, “NFTs are anti-minorities.”