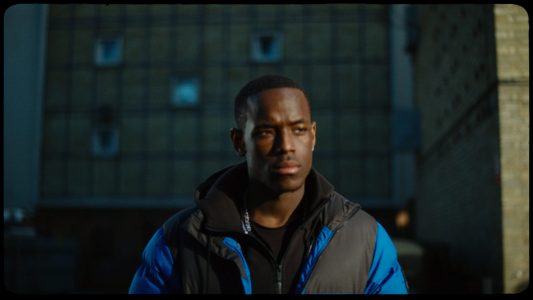 For those of us that have seen HBO’s all-time classic, The Wire, Top Boy could arguably be its twin version from London. And if you haven’t, think of Thomas Shelby in the 21st century without the cap and without being white. After a first national hit in 2011, the show had a successful global reboot on Netflix in 2019, largely due to Drake’s (who happens to be a massive fan and executive producer) love for the authenticity of the series’s portrayal and a true glimpse of London.

The show, which is sometimes dubbed Britain’s answer to HBO classic The Wire, highlights the gritty realities of UK gang culture, drug dealing, violence and poverty, while also centring the depth and humanity of its characters with a stellar cast led by Ashley Walters, Kano, Micheal Ward, and Little Simz, among other new talents.

The show is currently in production for season 2 as a Netflix original. Some of the members of the cast speak with Dazed Digital about how their real-life selves can relate to the respective character in the movie. They also spoke about their roles in the second season.

Michael Ward (Jamie) revealed how the new season has been instrumental in challenging him to look inwards personally. Ashley Walters spoke about how he shares some similarities with Dushane, the character he played in the series.

You can read up on the remaining cast’s experience if you feel up to it.