Islamophobia In One Of The Most Dangerous Countries For Christians 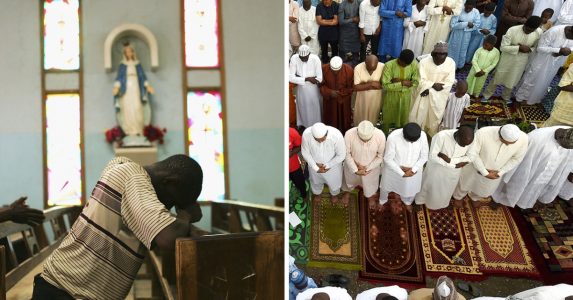 I come from a secular country with a profoundly religious society.

After a busy day at work, I logged in to my WhatsApp account to see my status flooded with updates. Scrolling through the updates and seeing dozens of similar posts, I quickly sensed something was out of place. Shortly after, a friend of mine, Rahim, sent me a voice message to inform me that a female student had been murdered by Islamic extremists somewhere in the North. I still remember his frantic voice, “Log in to your Twitter now!”

I scrolled through my Twitter feed to discover a video of an irate mob throwing rocks and hurling planks at what seemed like a mangled young woman’s human body. In a moment, they brought tyres, lit a match, and the body was engulfed in flames.

The perpetrators of the murder of Deborah Yakubu, a 200-level student of Home Economics at the Shehu Shagari College of Education, had overpowered the school security, beaten the victim to death, and set her body ablaze.

One shocking element of the crime is the preposterous mob action within the institution’s premises. I find this highly disheartening, and it’s even more sickening to imagine the eventuality of these people with a bedridden mentality becoming teachers and imparting their misunderstandings of the teachings of a religion to younger generations.

Growing up, I always heard stories about religious crises in the Northern region coupled with violence, many of which left citizens, especially non-Muslims, dead. Over the years, as a Muslim lady born and bred in the South, my intent has always been to one day go to the North to see for myself how people over there live and to see for myself if allegations and conceptions propagated against them by many Southerners are true. I believe I have gotten my answers with the gruesome evidence of Deborah’s murder.

The killing of Deborah is not the first, and it likely won’t be the last, as similarly irate actions by northern Muslim youths in supposed defence and protection of their religion have occurred over the past years, and justice for the victims of these heinous acts has remained elusive. This, I know, is a contributing factor to why many non-Muslims assume and even propagate Islam as a religion that encourages violence.

As anticipated, the gruesome murder of Deborah evoked outrage across the country and worldwide and called for the arrest of the perpetrators of the heinous act. I remember listening to a female reporter on CNN cover the story.

I tried to overcome it, but with every passing moment since news of Deborah’s death was aired, a growing numbness spread over me. I cringed when I got to know from my cousin who resides in Ibadan that youths have taken to the streets in Sokoto demanding the immediate release of Deborah’s killers. She sent me a video of the protesters, but I couldn’t watch it. She told me on a call, “You should write something on this. A poem will do, don’t let it slide.” I didn’t, and I don’t think I will. I just cannot keep writing about grief.

Arguments about religion are matters that cannot be concluded, so they are better left undiscussed.

After the news of Deborah’s death, I opted to stay offline and chose to give the whole situation a closer look. Over the years, there have always been allegations of Islamophobia against non-Muslims in the Southwest. On the other hand, there have been continuous claims of Muslims trying to Islamise the country.

Religion has always been a contentious issue in Nigeria between the Muslim-dominated North and the Christian-dominated South, and it has caused more harm than good even though both religions preach peace and tolerance. The death of Deborah isn’t a result of religion but due to wrong misinterpretation or, better still, lies by an exuberant group of people who sully the image of the religion and exploit the situation to exercise their frustration.

As anticipated, after my short break from social media, my return was marred by an increased rate of online abuse against Muslims, coupled with assertions that Islamophobia is just a term with no real-life basis.

The first time I experienced harassment for being a Muslim was in a Whatsapp group by my classmates. That was when I realised that we keep the peace by keeping a distance. Arguments about religion are matters that cannot be concluded, so they are better left undiscussed.

Knowing that the killing of Deborah and all other Muslims and non-Muslims accused of blasphemy is wrong doesn’t change the fact that many more will be killed for a non-existent crime. This impunity will not cease.

Having little knowledge about Islam, I took to the internet, watched videos, and poured over verses of the English version of the Quran I purchased from a mosque up the street. After my research, I can confidently say that no verse in the Quran prescribes any punishment for those guilty of blasphemy. I only wonder where the inhuman reactions to blasphemy emanated from. Many people have continuously condemned the acts of depraved youths swaddled in blankets of ignorance and insist that the incident at Shehu Shagari College of Education is not a reflection of what Islam entails. But knowing this is futile. Knowing that the killing of Deborah and all other Muslims and non-Muslims accused of blasphemy is wrong doesn’t change the fact that many more will be killed for a non-existent crime. This impunity will not cease.

I understand blasphemy is a sensitive issue for many, especially those who have unshakable faith in their beliefs. My country operates two judicial systems, and both have punishments for blasphemy. The constitution provides for both a secular system and a clause (Section 275) that allows for the incorporation of state Sharia laws.

Furthermore, according to section 204, titled “Insult to Religion”, anyone guilty of blasphemy is liable to imprisonment for two years. However, Sharia treats blasphemy as deserving of many punishments, up to and including execution.

As earlier stated, no verse in the Quran prescribes death or any punishment for anyone guilty of blasphemy; therefore, the ruling on blasphemy in the northern region ought to be abolished.

We do have our good days where no one’s faith and no beliefs are more significant than the other. But on bad days, things are different, and it only takes one irresponsible comment to turn a crowd into a mob.

After my return to social media, I made it my business to block and delete the numbers of toxic individuals from my phone. I was shocked when I read comments from those I believed would never support the horrible act, but alas, behold them trying to rationalise it.

After my outright disapproval of the killing of Deborah on the Muslim Writers Group that I joined sometime in January, I received messages from people telling me that I’d go straight to hell. Since my outburst, many have continued to send me threatening messages saying I deserve to be raped. I owe them no apology. Replying to them will be an insult to my intelligence. These are the kinds of people society should be afraid of.

Just a few weeks after the killing in the North, tensions were stoked even higher after the mass murder of worshipers at St. Francis Xavier Church in Owo, in the southwestern state of Ondo that left more than 50 dead.

My poem, “Homecoming”, recently accepted for publication by Trampset, is a reflection of the situation of my country, and the following lines were dedicated to victims of the mass shooting: “my people tried cascading themselves into God’s hands, but the bullets outpaced them. tell me, how pious does one have to be to end up having one’s prayers bitten by bullets?”

Judging by continuous attacks on Christians in a country with the fifth highest number of Muslim worshipers, does Islamophobia exist? Is it a non-existent idea? Statistically, Nigeria is the seventh most dangerous place on earth for Christians.

After the 9/11 attack on the World Trade Centre by an Islamic terrorist group, Al-Qaeda, the coinage Islamophobia became popular. Also, people who are not Muslims or bear Arabic names suffer discrimination. Also, on certain occasions, religious leaders of both communities (Islam and Christianity) are known to incite religious violence.

As a Muslim, I get embarrassed and uncomfortable when I see the news of violence perpetrated by Muslims against Christians on TV. I think, personally, that it is necessary to curtail or, better still, avoid inciting and unguarded comments that cause hatred for the latter.

Another critical situation that must be addressed is that Muslims, especially those in the North, address non-Muslims as Anar or Kufar (Arabic terms for heathens or unbelievers). In a situation where Christians are killed because of their beliefs, these terms, in my opinion, are forms of incitement. Like many Christians in the North, Muslims in Southeastern Nigeria live in constant fear because of the perceived animosity from non-Muslims.

Judging by the unceasing attacks against non-Muslims, and ridiculous polemics (which is, of course, apparent from arguments on social media), if Islamophobia gains a foothold in Nigeria, attacks and reprisal attacks are imminent.

I believe that all are equal in the face of justice. With Deborah’s killers still in jail, it is necessary to look closer at our relationship as humans and what the existence of Muslims will be if many do not understand the religion. In a situation where Muslims and non-Muslims are forced to live in fear because of their beliefs, my country is a metaphor for a ticking bomb waiting to explode.