Is Hollywood Ever Going to Stop Viewing Africa Through Neocolonial Lenses? 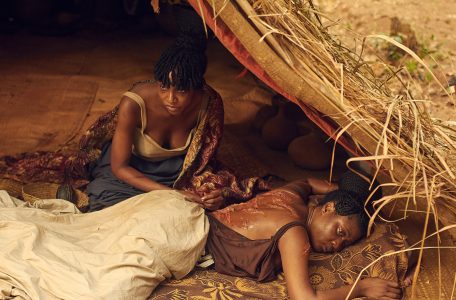 Westerners have a long and continuous history of deliberately portraying the African continent as poverty-ridden and inferior. When you observe the western representation of Africa in mainstream media from an African’s perspective, you will discover that it can be compared to what colonialism and neocolonialism have forced many Africans to glorify over the years—the barest minimum. It is pretty injudicious that this misrepresentation of Africa in Western cinema is still a topic of discussion in 2022.

My earliest childhood days were spent in front of my father’s old television, taking in Hollywood’s cinematic wonders through our DVD player. White faces widely dominated our TV screens, and I barely grew up with a clear representation of Black people in the diaspora.

My 12-year-old self would be delighted to know that in 2022, the Black representation she yearned for has become quite evident in western cinema. But then, I wonder how the unimpressive representation of her continent in Hollywood movies would force the walls of her optimistic heart to crumble in displeasure.

Black Panther took the world by storm and secured its place as one of the most celebrated movies in the history of Hollywood. Following the release of this movie, cinemas were buzzing with impressive ticket sales records, and there was a unique wave of appraisal from satisfied fans across different social media platforms.

To many people, Black Panther was the fulfilment of a long-time desire for Black representation, which is probably why “Wakanda forever” became an echoing slogan in the mouths of countless movie lovers worldwide.

Although Black Panther is a fantastic movie with a great screenplay, stellar cast, impressive cinematography, and a commendable deliberate elimination of patriarchy, it was just another horrendous representation of Africa as a fantasy.

It was a figment of a foreigner’s imagination and what they imagined African culture to be like. More than any other movie that has ever been produced in Hollywood, Black Panther had a better chance to tell the real story of modern-day Africa, but it somehow painted an illusion of what our past looked like and what our future could be.

Thirty-three years ago, the original Coming 2 America was released. The producers of this movie had more than three decades to correct some of the stereotypes they portrayed about Africa in the original film. I was disappointed that they only got more creative with those stereotypes.

Like Wakanda, Zamumda was yet another African fantasy kingdom, a fantasy that was created in American rapper Rick Ross’ mansion in Atlanta, Georgia.

The producers of Coming 2 America made clever efforts to portray the movie as a classic comedy that should not be taken too seriously and distract viewers from its lack of a creative plot. Still, it is hard not to see beyond the dark humour if you are African.

It is almost impossible to miss how the movie uses shabby comedy as an excuse to portray African women as objects of sexual pleasure. Or its unnecessary display of children as child soldiers and the uttering of offensive jokes about Ebola, commemorating the stereotypical portrayal of Africa as the home of deadly diseases.

Coming 2 America was released during a significant period in Black history. It is therefore highly reprehensible that the movie made a joke out of the neocolonial portrayal of Africa as poor, stagnant, and inferior.

As a young Nigerian, the only thing I found funny in this self-acclaimed classic comedy was the ridiculous portrayal of Africa’s wildlife, which was just as absurd as the puzzling “African” accent typical of most Hollywood movies.

In 2022, Africans are not afraid to call Western filmmakers out on their blithering cinematic nonsense. Even though Hollywood portrays Africa as one monolithic nation where wild animals run around freely, women exist solely for the pleasure of men, and people go to work wearing animal skins and cowries. Everybody speaks in a ridiculous imitation of what is supposed to be an “African” accent.

What makes this movie sad is not just its portrayal of a white man as the saviour of backward Africans with vile and unjust cultural practices; it is the adoption of the same accent that Hollywood expects all Africans to have.

This movie featured some of Nigeria’s finest actors, like Toni Tones, Ini Dima and Toyin Abraham, who delivered outstanding performances. However, for obvious reasons, it still felt like jewels wrapped in a bag of rubbish, a complete waste of great acting and a beautiful storyline.

As “shocking” as it might sound to Western filmmakers, Africa is a continent with 54 countries and is home to over 1.2 billion people who speak more than a thousand languages. Africa is not a fantasy land where lions roam busy streets and everybody speaks with the same accent.