In the Beginning Was Darkness 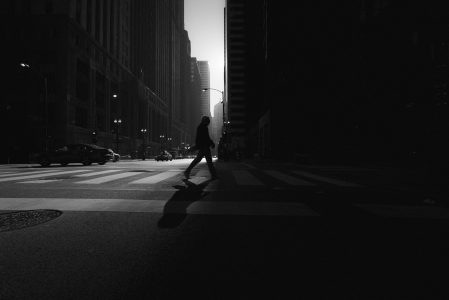 That’s the last sound I hear before the world goes dark.

I’m crouched beside my fallen mother. My father towers above us like bent iroko, his face,a contortion of riotous emotions. His arms, outstretched in restrained fury, as huge as newly harvested yams.

In my four-year-old mind, I start to grasp the concept of demon possession. My mother whimpers beside me, and I find my heart jumping in my throat. My mother trembles so badly, that it seems to transmit to my heart causing it to beat erratically. I close my eyes as I see my father’s hand come down with a speed greater than a violent breeze. Click is the last sound I hear in my head before the world goes black.

I am the only child of my mother born to a polygamous father. I have 2 stepmothers and every day, I wish I had a say in my conception. Being female came with its burden especially when you found yourself in a society where the yardstick of measuring value was a penis hanging between your legs.

The first time my world went dark, I saw my mother retreating into a shell, a cocoon of helplessness, I was four and that day, I saw my mother reduced to a child with the way she was sprawled on the floor. I never knew a grown person could look so small. With a brain spotted with confusion, I went to her and wrapped my hands around her broken frame, cupping my hands together around her like one tries to stop water from spilling out through your fingers, elbows bent like one holding a toddler, wishing I could somehow provide a haven where she could fit in her entirety and feel protected. After a moment or two, I half turned my body and stared at my father with frightened eyes, hoping that the sight of me will at least diffuse his anger, it didn’t. As I saw his arm come down towards us, my fear grew hands and clicked the switch in my brain and my world went black.

Throughout my childhood, I learned and relearned the concept of pain, I saw pain when I scraped my knee as I played in the bush and there was nobody to cry to. I saw pain when my mother squeezed my ear and threw spittle in my eye when I asked her why she put up with papa despite his abuse.When I refused to believe that all I had in my future was marriage to a man old enough to be my father, she’d instantly repeat “You’re too restless for a girl, sit quiet, be composed, a woman is meant to be seen, not heard.”

I thought I knew pain, I thought I’d learned its complete syllabus, but when I was 10, I understood that pain is a ladder, a ladder as high as the tower of Babel. A  ladder that could make you reach heaven, but would first take you to the grave, sometimes just your soul, with your body in tow, I saw pain when my step sister was circumcised. “A sexual female is like a wildfire that if not controlled would raze everything in its path.” So I watched Okommiri take a razor to my sister’s genitalia, and the scream that reached my ears must have reached God’s ears as well.

I never knew pain could be felt just from hearing a sound, so I shut my eyes hoping to block out the sound, but, if I’d been wise from the lesson I had learned when I was four, I would know that being blind to reality, doesn’t make it any less true.

I was 12 when I went through the same process myself, I clasped my hand and asked for death, from ala, from amadioha, from whichever god is willing to hear. I prayed and bled with all I had, but that day I realized that God had no ears. I cried, I begged, I shivered in fright, and I wondered what sin I committed  to be deserving of this life. I cried, I begged, I grit my teeth in cataclysmic shock, and I told mama that I would never speak back to her if she didn’t stop them from going ahead. I cried and cried, begged till my voice gave out, and when I couldn’t bear it any longer, my world went dark. That was the second time my brain flipped the switch.

I remember my uncles although the memories are hazy, they were a different breed altogether.

Huddled with my father in the outer verandah, they engaged in raucous laughter. With clothing barely concealing their organs, they revelled in their manhood. Laughing at the world, savouring male privilege. I was eight when one of my uncles asked me to play with his “flute”. It felt wrong but I kept quiet, in a world where the language of the mute serves you better than the voice of truth, you learn to adapt by milking the wisdom of keeping your distance.

I was 17 when my father decided I was ripe for marriage, grown into a woman, I was a fattened yellow mango ready for plucking. I was 17 when I was given to marriage to a 43-year-old palm wine tapper. His mouth always hung open and he seemed to always space out when discussions were going on.  I wanted to run away, I wanted to kill myself, anything to get away. I was 17 when I considered suicide.

Decorated with paint and different beads, I was led into my husband’s home, and given the number six from his five wives. That night as he made his way inside me, I wanted to cry, I wanted to pluck the hair from the world’s head, but the tears in me had dried up, I watched him with glazed eyes as he had his way with me, an involuntary act of survival forcing me to breathe through my nose.

I was 18 when I got pregnant. It felt weird having a life in me, I was helpless, unable to help mama, unable to help myself, for the sake of my child, I hoped it was a boy. He’d have better odds in life than I did. I was 19 when I lost the baby. The midwife in charge said my circumcision had been done wrong. And having a baby had been more wrong. The child had had issues coming out and ended up dying from lack of oxygen. There was an extra tear in my vagina which now caused me to empty my bladder without warning. Vesicovaginal fistula; the world would later come to call it, but in that moment, I felt I was being rewarded for my carelessness, like this was my fault. All my life I’d never gotten anything right starting from my sex, I killed my baby, maybe that’s what these hands are good for, maybe these marks on my palms were a map to hell.

It was slightly drizzling the day I embarked on my journey to meet the devil and come back home. The trees in the forest made a canopy and played a lazy game of catching the raindrops with their leaves. I was 21 when I entered the forest to search for what would make the darkness stay. I gathered the herbs I could find, herbs that were housed in the warnings that came out of my mother’s mouth. For once, I was relieved that may be at least God had decided to wake up. I took them home and I made soup and served my husband with my head bowed like a fowl’s coop. My spirit was broken, my body was simply following suit. He’d be dead in an hour or maybe three.

I make my way to the river where I find a child laid at the edge. She’s such a beautiful child, sleeping  calmly like the wind was playing a lullaby. I look for her mother but I can’t find her, I sadly come to the realisation of the very high probability that like a commodity believed to have no value, she might have been abandoned to survive the wild or die trying.

I shake myself from the sudden gloom, I have enough worries of my own and I had a business of my own to attend to, one that I hoped I didn’t survive. Slowly, I strip myself of each clothing, I strip until I lay bare like the day I was born, I strip until my skin can’t get rid of another thing. I strip and go to this beautiful unfortunate child, hold her cheeks and say a prayer to whoever cared to listen.

Slowly, I step into the river and watch it meet me eager, the only show of excitement I’ve gotten that doesn’t scare me, I step deeper and deeper until the water is at my chin, I shut my eyes and go deeper into the water, welcoming it into my lungs, fighting the urge that comes to me to break the surface, I tamp down that ugly urge of survival and wait for the darkness that I’ve come to love, hoping that this time, it doesn’t let me go.

Love Came to Me Soft and Stuffed