Ibom Fest: Burns Effiom to headline conversations around the connection between artist and their culture and identity 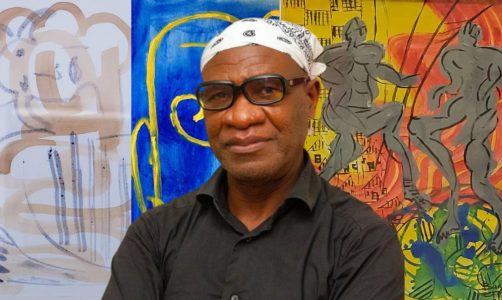 This July, at the Ibom International Art and Book Festival, painter, poet, designer, performance artist, and curator Burns Effiom will deliver a keynote discussing the connection between artists and their culture, identity, and tradition.

Art in its different forms, and the cultural identities of its creators, are somewhat inseparable. One would usually wonder if it is the culture that influences art or art that constructs culture.

Hence it is not unusual to see artists attempt to use their various styles to promote cultures and traditions. While the importance of this practice is undisputed, the extent of art’s influence depends not as much on the skills of the individual artist as on the reception or propagation of such work by society.

Under normal circumstances, mainstream media should represent the voice of society and consequently the efforts of artists to promote culture and traditions, but it repeatedly suppresses the voices of minority creatives, ironically, through underrepresentation and censorship. The problem is so deep that a study conducted in 2015 reveals that a project set up to nurture radical and marginalised voices ended up being segregated by people in the wrong demography.

The first edition of the Ibom International Art and Book Festival is a 3-day celebration of literary and artistic outputs on the one hand. And on the other hand, it is a response to the suppression of the identities, languages, traditions and creativity of minority writers and artists in mainstream media. The festival will feature inclusion, representation, diversity, and collaboration conversations.

And who better to lead such conversations than Burns Effiom, an all-around creative who has performed, curated, or organised several high-profile exhibitions and art projects in and outside Nigeria over the past few years? His years of experience playing in the global creative scene with other creatives from different backgrounds and across several platforms qualify him to speak from a firsthand perspective.

In recent memory, Burns represented Nigeria at the DakArt Biennale commemorating the 50th Independence Anniversary of Senegal. He is currently curating a touring exhibition titled “100 Years Of Modern Art In Nigeria”, based on the collection of a pioneer artist and gallery owner, Afi Ekong, whom he never hesitates to mention whenever he gets a chance to name his creative influences.

In July, Burns Effiom will share the stage with other notable creatives and advocates, including two other keynote speakers — award-winning writer Igoni Barrett and bestselling author Nadia Hashimi. In anticipation of his keynote appearance, we had a brief catchup with Burns to revisit some dynamics of his interesting journey as a creative.

How did you discover your form of art, and what made you choose to express your creativity this way?

As an undergraduate studying English and Literature, I stumbled into a television program in which different sounds like burning dry grass and the mixed sounds of a welder’s studio and construction sites were combined and arranged to make a symphony of music. This combination of visible and invisible sensibilities to create forms had a massive impact on me to the point that I decided to make visual representations from literary concepts.

As a literary student groomed in the language and semantics of narratives, prose and poetry, I decided to represent stories and write poems in drawings and paintings or assemblage and installations.

What and who were your earliest inspiration and role models?

My early role models would be my father, maternal grandmother, maternal grandfather and, of course, the iconic artist Afi Ekong. My grandmother was a leader of the thespian Efik folk dance troupe. My grandfather worked on sculptural forms in brass and iron and especially for the king’s court in Calabar. My father made me live in a mid-century and charming forties-style house, thus influencing my outlook on architecture and the blurry line between the arts.

As a kid, I spent holidays in Afi Ekong’s opulent home, with works of master artists lining up her hallway and corridors. These formations had a great impact on me creatively and morally. These people had a great character with many positive societal values.

It is also mysterious that today I am the curator at Afi Ekong’s iconic gallery, a depository of modern art in Nigeria, spanning more than a century in photography, sculptures, ceramics, paintings, prints and archives.

What would you say has been your biggest challenge along the way?

The biggest challenge in my creative trajectory is not being understood, but I am lucky to have learned that life is basically about solving problems. Challenges have become a sort of alternative reality.

First, my work is multidimensional, navigating between design and visual art. It is difficult for me to track a documentary of my commissions.

The most memorable commission for me past and present is the one I earned a hundred thousand United States dollars for an assemblage and installation that took one month, and I was paid upfront.

What advice would you give a 16-year-old person just getting started in life with a dream of a successful creative career before them?

I would say be confident. Be observant. Be curious. Try to interpret things around you. Make a move that can bring a good report. Read and summarise scripts that come your way. Read and read. Always think of making your society a better place. by restoring and protecting every good value around you. Avoid hard drugs. Be adventurous. Experiment with materials. Embrace technology and believe in yourself.

This conversation was produced in partnership with the Ibom International Art and Books Festival. The event will run from 28th to 31st of July in Uyo, the capital city of Akwa Ibom, Nigeria. Learn more about the event and grab a ticket by visiting the event website.