How Abena Appiah switched from biomedical science to photography 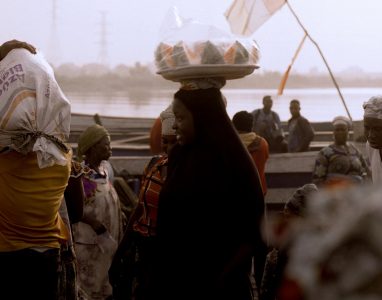 It’s not always easy to choose the appropriate path in life. Abena Appiah, a London native, has always been fascinated by imagery and the visual arts, and spent most of her childhood painting and drawing. “However, I always saw the creative things I was producing as just a pastime, something I love doing for myself and not something I could ever pursue as a career or aimed to show other people,” she told It’s Nice That. As a result, she went on to Queen Mary’s University of London to study Biomedical Science. In the interim, she took up photography (using a DSLR camera handed to her by her mother on her 18th birthday) as a way to pass the time.

Abena realized her growing affinity for the visual media as time went on, and after some time spent in film and video production, she was commissioned by adidas to create a short promo. She knew she didn’t want to continue with anything related to her academic field of study when she was 19 and in her second year of university, “so when this creative door opened it felt appropriate to follow it and see what happens,” she says. Abena was now starting to find her feet after a few solo projects and some work for Island Records musicians. This led to a project documenting Ghanaian streetwear culture, as well as a nomination for the Palm studio photo prize 2018 for her ongoing series, The sea in between. She maintained her creative endeavors in a commercial darkroom and by aiding many photographers she loved after graduating in 2019 with a first, “which felt like closure.” “So I’m getting my creative education on the road now,” she says.

Abena describes her usual day as “very random” when asked how she spends her time. She juggles her freelance helping job with the more personal shoots, so no two days are ever the same. “I’m always exposed to new people and new ideas, as well as different methods of working,” she says, which has allowed her to be adaptable and fluid in her job. “It’s all about figuring out what works best for you.” This mindset is complemented by Abena’s enthusiasm for research, which involves her delving into the reasons behind a body of work. “I think all of the curiosity and energy I put into my science needed to go somewhere else, and seeing how geeky the research side of photography could get made me realize for the first time that the two worlds weren’t as far apart in my head as I thought they were; they’re connected by my curiosity about things, the world, and the people in it.”

Her desire to shoot her subjects with truthfulness is also a driving force behind her work. She emphatically connects with folks she photographs, which means she’ll typically find a common ground with them and avoid any unpleasant or intrusive situations. As a result, her photography conveys a sense of vulnerability and intimacy: “We’re both blind to what’s being caught at the time,” she explains. “However, I prefer to give people the freedom to tell their own stories and present themselves as they actually feel.” It’s a group of like-minded people working together to create something honest and beautiful.

Take, for example, her Skate Gal Club endeavor. Abena had contacted the subjects months before she arrived in Ghana for the shoot last year. She spoke with Sandy, who owns Surf Ghana and Skate Gal Club, over the phone before seeing anyone in person, and she realized right away that she had a “special affinity with them.” “It was just a very true and natural conversation and connections,” she continues, “and you can’t manufacture that.” So I just let myself be receptive to anything others throw at me.” The picture fully reflects this, with the angling of the lens and cropped, up-close framing placing her subjects front and center, giving the work a sense of strength and familiarity.

The piece shot in Ghana – The Sea in Between is another of Abena’s favorite projects. The series began in 2018, when she returned to her family’s homeland and “saw it for the first time with adult eyes,” before being struck by how beautiful it is. “Africa is often depicted in a way that makes it feel incredibly loud, and I was more drawn to the periods of quiet and stillness because Ghana was a place where I felt at ease.” The project looks into her personal identity and cultural dualism, as well as thematic investigations of the sea, coast, and water, using a mix of landscapes, candid photos of people, and snapshots of life.

Abena’s portfolio shows maturity and style, despite the fact that she is still in the early stages of her photographic career. She recently read a poem by Anas Nin called Risk, which she believes sums up her entire creative experience. “And then came the day when the risk of remaining tight in a bud was more agonizing than the risk of blossoming,” it says. So, if you’re like Abena and want to change your career or pursue new interests, there’s never been a better moment.