He got my heart. He really did. But he is an atheist. An unrepentant one. A typical former-believer-turned-unbeliever kind of atheist. Like most atheists usually are. Apart from his mild agnosticism and impenetrable mindset, he is undoubtedly the kind of man I wanted in my life. He fitted into each of the criteria I have developed for my would-be partner. He’s a 100 percenter, having almost all the qualities on my list ticked: go-getter, smart, handsome, intelligent, to mention but four. Except that he didn’t and wouldn’t agree with me that there’s a super being up there somewhere watching over us. He wouldn’t acquiesce to the fact that there was nothing made that was made without him. He won’t, for the life of him, allow his would-be wife to indoctrinate his children or choose any kind of religious lifestyle for them. At a point, he made me question my own beliefs too.

Who is God? Why must he (or she) matter in our relationships? Should you always have to reach him (or her) before making decisions on who to marry or perhaps hang out with in the meantime? Suppose we were told that the universe came to be by herself and filled her bosom with everyone and everything that lay therein. Would people need to have a consciousness about a supposed greater being or beings if we were to include the angels and rulers of darkness? What’s in ‘believing in God’ or ‘serving smaller gods’?

I loved this man, but I couldn’t imagine what type of discussion we’d likely be having about religion, spirituality, or individual belief systems. There was no way we’d be in a relationship and not talk about these things sometimes. And to think that our conflicting ideas would almost always result in a rift or something similar? No, I couldn’t. “I’ll just stop imagining and enjoy the moment. This moment. Our moment.” I told myself.

We started talking about mid-2020 during the lockdown when I pre-ordered his book: On Finding One’s Self. I bought the book because I liked the author, not because I genuinely wanted to read the book. In fact, it was boring and did not meet my immediate needs at that time. Well, who cares? The only thing I remembered from the book—and that was because he posted it a lot on his Facebook wall and WhatsApp status—is the short yet pithy quote about life that goes thus: “Live before you leave.” This would go on to be his most-used quote when we eventually dated in 2021 for what, five months? It was, perhaps, in the quest to live before I leave that I had decided to explore love with him. And when we got pretty close, we couldn’t have a casual discussion without either of us asking, “So when would we meet and be together forever?”

That was the most dreaded question of all time. Whenever I asked, he’d say, “anytime you’re ready”, and whenever he asked, I’d say, “I can’t wait to have you.” The thing is, I could wait. I had been waiting, in fact. Waiting that someday he’d wake up and believe again that there used to be a god with the capital G. And that this god is still in the business of minding the whole universe.

But then, does he really care? I mean, God. Is he truly in the business of stalking tiny humans and their frivolous activities? Aren’t there enough activities in heaven to worry about already? Even if there wasn’t, can we all pretend that he doesn’t see the things that happen down on earth daily? Oh! I wished. I wished that I would stop letting a person’s belief, or lack of it, stop me from letting them have me. The whole of me. Everything. Every part. If I could surrender all to a super being I cannot see, how much more a cute, light-skinned, strikingly intelligent and handsome guy that I talked with every day? My heart was in great turmoil.

I hate to think that I was head over heels in love with someone who doesn’t give a fuck about a person I believe is the reason I am still breathing. Someone who would call me a “hypocrite” for claiming to be a feminist while still following the Word of God. Someone with whom I couldn’t share my spiritual concerns and challenges. Someone who would smirk at the thought of giving money, in the form of an offering in church, to some god who’s watching orphans go through hell and ignore how Northern Nigerian Muslims lynch Christians all in the name of ‘punishment for blasphemy’, or how some other people use their fellow human beings as living sacrifices to get wealth. This same man, whom I dated for about five months, would argue for hours about how he loathes Christians who blindly bring religion into every argument. This same man was someone who loved me ever so dearly for staying true to myself. Someone who helped my writing career and was ever ready to support my work. Someone with whom I had planned to build a family and procreate babies. Someone on whom I spent and was spent. Someone who knew the way to my heart and would never stop mesmerising me with his kind deeds. As much as I hated his hardened atheism, I loved him with my whole being. Every time I thought about his free-mindedness, I assured myself that God loves atheists too, so there was no turning back, only that there came a point to turn back, and it came as a big blow because my life never remained the same again. 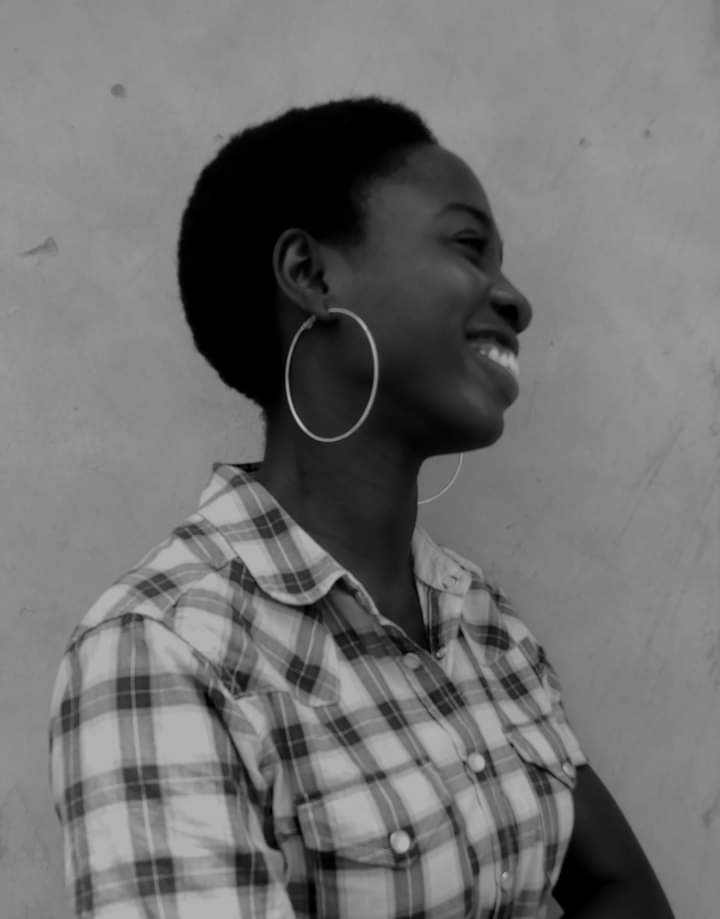 Love Came to Me Soft and Stuffed

In the Beginning Was Darkness