Dike Chukwumerije’s Made In Nigeria Poetry Show Inspired My Patriotism 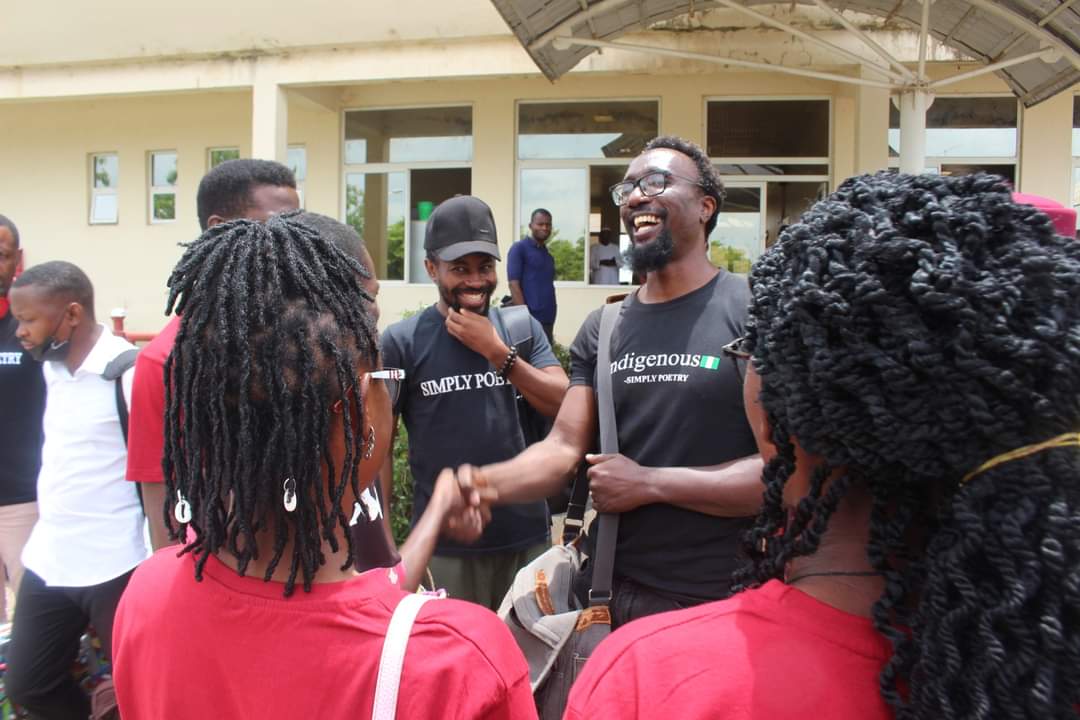 The Made-In-Nigeria Show is a Spoken Word production by Nigeria’s foremost performance poet, Dike Chukwumerije. The show takes the audience on a breath-taking 120-minute journey through our history as a nation using poetry, dance, music and theatre.

Dike Chukwumerije is one of Nigeria’s most celebrated and prolific performance poets. His poems and public speeches have sparked conversations about nationalism and identity all around the country. He has made notable appearances on platforms such as the Nigerian Economic Summit and TEDx.

My first contact with the name Dike Chukwumerije was on YouTube. It was a late night in September 2020, and I searched for spoken word videos about Nigeria when I stumbled upon his video titled ‘Made In Nigeria.’

His lines stroked a new feeling in me about my identity as a Nigerian, wherein he said,

“There are questions that top every form, your name, your tribe, your state, please, where are you from?” Here, Mr Dike painted our sad reality as a people fond of asking “these questions’ first before engaging strangers in a conversation.

We often judge people before interacting with them based on stereotypes of their ethnicity or religion. He advised keeping an open mind as it helps us to see hidden doors that will pass us through greatness. It’s saddening that sometimes, we deny some people good opportunities because we don’t share the same religion or tribe.

Again, I was moved by his line, “Where I was born is not where I am from.” This explains that whether you’re an Igbo man born in Kano or a Hausa man born in Calabar doesn’t change you from being a Nigerian.

With the ‘Made In Nigeria’ poetry show, Mr. Dike has explored diversity by staging the show in different cities across Nigeria, where he gathers people of different tribes, cultures, and religions in one place. Through poetry blended with music and theatre, he accounts for Nigerian history before and after independence and all the way down to Nigeria, which we live in today.

In his beautiful, touching and yet simple poems, he emphasizes the need to be true and one Nigerians.

As of 2021, I have been an ardent follower of Dike Chukwumerije on Facebook, and it has instilled a great sense of commitment and patriotism in me. Although I wasn’t in Maiduguri when he staged the show there in 2018, I was lucky enough to learn more about him from one of the poets I look up to in the city, whom Mr. Dike has also groomed.

It was my fondest wish and hope that someday I would have the chance to watch the show live and have a conversation with Mr Dike.

So around June this year, I had the privilege of chatting with him on Facebook, and he assured me that with time, the show would find its way into the city of Jalingo, where I reside.

However, I couldn’t express the joy I felt when I saw the flier on his Facebook page that he’s coming to Jalingo ad his team to stage the show in Jalingo in two weeks.

I was among the cluster of young and patriotic Nigerians that welcomed him and his team at the Danbaba Suntai Airport in Jalingo. There was a wide smile on his face when I shook his hand. I knew it was that feeling of sharing the same dream, the hope for a better and one Nigeria, irrespective of our ethnoreligious backgrounds.

After staging the show successfully in Jalingo that night, we had dinner together and got engaged in conversations with other true Nigerians who had waited. The simplicity and humbleness of Mr. Dike are something I rarely find in people who have attained greater heights than him. Our conversation with him widened my imagination, and I can still echo his words, “Take your art seriously; let it be a tool for advocacy that would right the wrong.”

He took us back to his undergraduate days at UNIABUJA, where he met and interacted with people from different parts of Nigeria. He said, “There is no way you can tell me the Hausas do this, that the Yorubas do that, while I already know who they are, the same people I have lived with.” I’m not the type of person who believes in stereotypes. Mr. Dike added.

During his departure at the airport, his last words were, “may our paths cross again and till then, let’s not forget the truth of where we come from that we are Nigerians first before anything else.”