This is What Curating Nonfiction in Africa Taught Me About Life 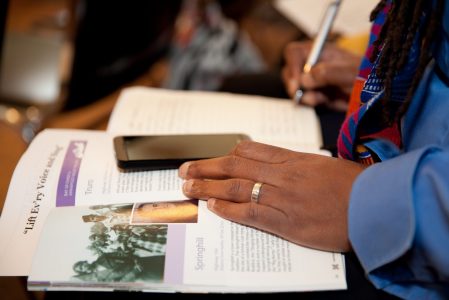 In 2016, I decided to embark on a project with the intent of improving the visibility of creative nonfiction in Africa. Nonfiction, of the creative type, is a genre that had been long overlooked which, in the words of Ellah Allfrey Wakatama, a respected editor, literary critic, and the new Chairperson of the Caine Prize for African Writing, is still in its “germinal stage.”

I had simple and direct aspiration to push the evangelism of creative nonfiction to a space where it would be on equal footing with its two sisters – poetry and fiction. I had all the time and energy to work on the ideas and I started immediately.

I gathered a formidable team. My team and I curated “Selves“, an anthology of creative nonfiction that became, perhaps, one of the continent’s most-read collections. I was happy and excited about the reception of the book by African readers particularly young Nigerians. Surprisingly, at a time when I thought it couldn’t get any better, it got a little worse.

Two things came with this setback: debts and sickening depression. It was easy to curate a collection of nonfiction by twenty-four African writers. It took months but it was easy. The contributors believed in our project, they were excited about the prospects. Although, they were busy young writers they gave us their time; they worked with us as a team. The anthology was an experimentation on personal and delicate themes. It was new, bold, and thrilling. We made it available on Brittle Paper as a free downloadable eBook.

With the success and wide readership of the eBook, my team and I decided to republish the anthology as prints. Hitherto, we had received recommendations which advised that a print version of the anthology would be nice. We didn’t want the print version to include only the pieces that had already appeared on the eBook. So we made a public call for submission, and chose ten more pieces to accompany the initially published fourteen creative nonfiction works.

Fund was more crucial in the process of transforming the anthology to print which we didn’t have. We estimated $4000 for more than a thousand copies of the anthology. We had other exciting ideas that could possibly complement the experience of the readers which included making a T-shirt, tote bags with quotes from the anthology and other fantastic ideas which we quickly dropped as soon as the road to getting funds became bumpier.

We wrote donation letters to individuals. We wrote sponsorship proposals to institutions. We received neither acknowledgement nor reply. We appealed to the general public through a GoFundMe campaign which received two generous donations from LS and SK. $100 each from the donors. It was the only donation we had received till the end of the three-month campaign. $200 was not enough. We had exhausted our options and plans, we felt discouraged. Amidst the thoughts of closing the project, LS volunteered to join our search for funding. It raised our hope and kept us going again.

LS is a dream starter and a joy giver. These two superlatives seem like a job she loves doing whenever she can. She believes in young people which is an amazing thing, she invests in them heavily, which is a rare thing.

In the end, several attempts by LS to get us funding from institutions were unsuccessful. Our project was not only literary but new; this classification does not excite sponsors. So, no institutions were willing to offer support. We decided to close the project. LS didn’t like the idea of closing the project. She offered to donate more. She gave us enough for the first printing of the hundred copies. It wasn’t exactly what we wanted. We wanted a thousand copies but we were happy for the significant progress, however little, we were extremely grateful.

The first crack of depression knocked slowly. Ai, who owns a bookstore in Abuja was interested in having a book chat anchored on “Selves”. She wanted me and three other contributors at the event. I agreed that she could use the book. I also agreed to be available at the event even though I was diagnosed with typhoid fever at the time. I was on medication.

Ai tried very hard to get funding for the book chat but couldn’t. The duration allocated for the planning of the event was short. It was what Ai wanted. Everything happened so fast. The book chat was held. All the contributors who came for the book chat had to travel without compensation from the organizer. We were all filled with disappointment. There was one contributor, who among everyone was mostly touched by the disappointment that came with the event. His name is A., a close friend of Ai, who I later learnt encouraged Ai to hold the book chat.

Ai was part of the project team, and was also one of the contributors to the anthology. He resigned after the book chat. He blamed me for the disappointment that came with the event. He vowed to get a refund for all the money he invested into the book chat (from me) which covered his hotel reservation and flight ticket from Lagos to Abuja. His rage shocked us all.

I was drained by the flood of A.’s lack of concern towards the sacrifice we all made. He used words that were fueled by anger. His words mattered to me at the time and for this, it was easy for his words to haunt me. For weeks, I was depressed. I was deeply affected, and as hard as I tried not to, I succumbed to a mental breakdown.

We could not compensate A. There was nothing on the project fund to compensate anyone with; it was empty as it had always been.

A few hours before the book chat, LS reached out to me. Her effort towards our project had never waned and she understood how important funding was for a project.

She reached out to me to announce that she had included “Selves” among six African books commissioned by a bank to be distributed freely. Five hundred copies were needed and she sent one million naira for it. The fund didn’t reach us until three days later. It was a lot of money and the highest funding we would ever receive for the project yet. The things that this money could do for our project excited us a lot: It could pay all the contributors $50 each which it didn’t. It could help us send copies to contributors across Africa which it didn’t. It could compensate A.’s ₦125,000 which it didn’t also. It could lift the depression I was feeling at the time which it did temporarily.

Unfortunately, we didn’t meet the deadline for the submission of the 500 books because: (1) It was short; less than eight days. (2) The funding reached us three days later. (3) We couldn’t get two more days to complete the whole process; the deadline couldn’t last longer.

Life, as tough as it was then suddenly became tougher with debt and 500 unsold copies.

Lone-AlaskanGypsy once said, “Rain makes me feel less alone. All rain is a cloud falling apart, and pouring its shattered pieces down on top of you. It makes me feel good to know I’m not the only thing that falls apart. It makes me feel better to know other things in nature can shatter.” I knew what Gypsy knew but it didn’t make me feel good. I always sensed a sudden rise in my heart rate with every little reminder of the setback.

You must think life has been all dark for me but it hasn’t really. I was happy when the opening piece from “Selves” won the Brittle Paper Award for Creative Nonfiction. It means a lot to the writer as it means a lot to me. I am happy whenever I receive emails about what this book means to readers. I am happy that four postgraduate students from universities in Canada, Australia, Germany and Ghana are currently using this book as a reference point in their thesis. I am happy whenever I see pieces from this book in prestigious shortlists – two of the pieces which were originally published in “Selves” were recently shortlisted for the 2019 Gerald Kraak Award. I am happy when I see little mentions or photos of the book amongst great books on Twitter, Facebook and Instagram.

Curating an important space in Africa is risky. Publishing a book in Africa is tough. Art is mostly a labor of love and passion. The literary eco-system is a financial risk; it is a risk that is as big as you are willing to dream. I like to believe Africans read but they don’t buy books. A book bought by one could be read by twenty.

This is what curating “Selves” has taught me about life: (1) that it is important to be strong for your dream, (2) depression is a bitch, (3) creating something out of nothing is a lot more complex and crazy than it appears in success stories, (4) following your dream is the easiest ticket to vulnerability and depression, (5) that life is going to whoop your ass so bad that every bright morning will look like an invitation to a wrestling ring.

But you must stay strong.