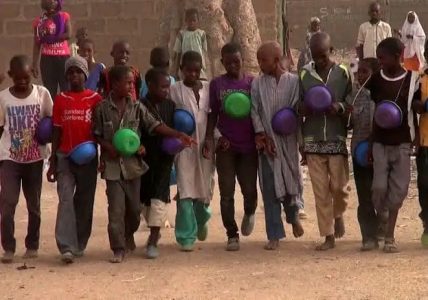 In northern Nigeria, a system of Islamic education called Almajiranci is being practised. The learners in this educational system are young boys named Almajiri. Etymologically, this term is traceable to the Arabic word Al-Muhajirun, meaning a person who leaves his home searching for Islamic knowledge.

The background of Almajiranci is as old as Nigeria’s precolonial history. Almajiranci began in the Muslim-dominated Kanem Borno (present-day Borno State) in the 11th century. It spread into other parts of Northern Nigeria with the jihad of Sheikh Uthman Dan Fodio in the 19th century. It started as a centre for Islamic knowledge acquisition for young male children interested in learning Quranic knowledge and in becoming future Islamic scholars.

In the precolonial era, Almajirai (the plural form of Almajiri) studied Quranic knowledge at specific places in their immediate environment. The monitoring of these centres was the duty of inspectors invested by a kingdom ruler called the Emir, who received timely reports about the affairs of each centre from their inspector.

The funding of these centres came from many sources: the state treasury, the community, parents, and random donations. Local Emirs managed the funds. The system thrived and flourished due to the availability of funds.

Unlike what we have now, the Almajirai never had to beg for food and clothes because everything was provided for them. Usually, before going to the Almajiranci centres for learning, the Almajirai must have been well fed and cared for by their parents.

This practice of Almajiranci existed until northern Nigeria’s end of the precolonial era and before the British colonial masters’ arrival. In the colonial period, marked by the British infiltration into Nigeria through Lagos in 1904, the system encountered a big disaster, which left enormously terrible effects still present in modern Nigeria. The Emirs were deposed by the colonial masters, who had also stopped the source of funding to the Almajiranci centres at this point.

The termination of funds was the primary catalyst which led to the collapse of the structured Almajiranci system. The British colonial government established schools where only Western knowledge and Biblical studies were taught. It enforced a policy to develop new urban cities, which facilitated a dire change in how the Almajiranci operated.

The city soon became the new centre where Islamic education was thriving. Thus, Muslim teachers, whose funding was cut off, emigrated to the town with their students. Parents also sent their young male children to faraway cities to learn. Due to the lack of financial support, which cropped up when colonial masters cut off funding sources, the Muslim teachers, also known as Mallams, who emigrated to the city alongside their students, took alms and did odd jobs to feed and fend for themselves.

The national economic crisis of the postcolonial era—caused by the oil boom in the 1970s, which worsened the agriculture sector condition—further impoverished northern Nigeria (and the rest of Nigeria) and, thus, the Almajiranci system became even worse with its core values depreciating. Despite all the intervention programmes, like the establishment of formal schools for Almajiri children to attend, by different governments of independent Nigeria since 1960, the Almajiri system has become more depreciative.

Today, there seems to be no end to Almajiri children wandering and begging for food, clothes, and money, looking malnourished, sick, and completely unkempt. Their population keeps increasing by the day. Although it’s difficult to know their total number, about 10 million Almajiri children are said to be in northern Nigeria. These children, primarily out of school, are found in states like Adamawa, Bauchi, Borno, Kaduna, Kano, Katsina, Kebbi, Sokoto, Zamfara, and Yobe.

The system has created an avenue for begging, which, in Islam, is forbidden. The Almajiri children, usually between 10 and 16 years old, are exposed to social ills beyond their age. For example, to remain Almajirai, the children pay weekly dues called “kudin sati’ in Hausa to the mallams in charge of their Arabic schools in exchange for Arabic knowledge. They are also exposed to child labour since they must cater to their mallam’s needs. Ultimately, the Almajiri system is corrupt and has deviated from the teachings of the Prophet Muhammad (P.B.U.H).

Many government critics opine that security crises in northern Nigeria have to do with the government’s negligence of the Almajirai. They believe that Boko Haram, the vicious group of insurgents in the north of Nigeria, recruits its members from neglected Almajiri children.

State governments are expected to maintain Almajiri schools built by former Nigerian President Goodluck Ebele Jonathan, but they complain that Almajiri schools are too expensive to run.  Even in the Federal Capital, Almajirai are out of school!

Therefore, there is a need for collective action to revive the Almajiranci system. In this case, both the federal and state governments have distinctive roles, such as executing a holistic policy to address the issues around the Almajiranci system and remodelling, integrating, and accepting responsibility for providing free and compulsory primary education to every Nigerian child in line with the National Policy on Education.

And what’s more, many years ago, the government of Ahmadu Bello, the then Premier of Northern Nigeria, established different educational policies to bring the Almajirai into the four walls of the formal school system. The present-day government should revisit these old policies and implement any elements relevant to curbing the Almajiranci menace of today.

Lastly, integrating Almajiri education into the Nigerian educational system will cause a drastic change in the Almajiri system. It will be a promising start to the long process of rewriting the narrative.