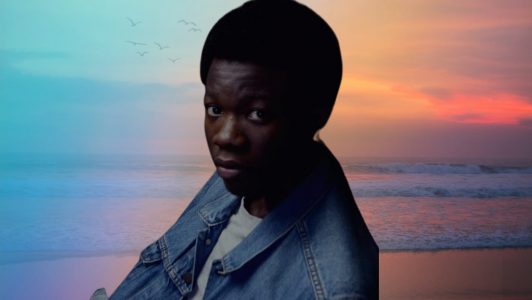 For emerging artist AdeTona, music has always been and will always be a form of self-expression. Aside from being stuck in the four walls of a classroom, he spends his time at home or in the studio, where he feels the beats and makes his music. Music has always looked like an intended path for him — from growing up in a family of music lovers to making music in church. In addition, he’s equally a songwriter and was once a rapper. A one-time participant in the Ejoya Class series, Ejoya Class of 2020, we discuss with the youngster about his music and what makes him, him.

When did you realize music-making was a path you needed to follow?

I have been writing songs since I was ten, but it started as a hobby.

I used to sing in church but never in the choir.

When I was in junior secondary school, everyone in my boarding school knew that I could rap, but it was all fun and games.

I wanted to be a rapper like a lot of Nigerian kids at the time because of the kind of music I was exposed to growing up, but that all changed in senior secondary school when my teachers would hear me sing, and they (including my older brother) would ask me to work more on singing than rap.

I started recording music professionally in 2019, my first year at the University, and I finally released my debut single this year.

My music has been and will always be my greatest form of self-expression. It is a part of who I am, so I chose to share my gift with the rest of the world.

What kind of music did you listen to while growing up?

Growing up, my mom and sister had their gospel CDs, and my father listened to many Afrobeats and highlife artists from his generation like Fela Anikulapo Kuti, King Sunny Ade and the likes. I remember he had a whole stack of vinyl records he kept on display at home even after they were out of fashion. In our home, we all loved listening to Michael Jackson.

Then there was my brother, who helped me navigate contemporary music from all sorts of genres and artists all around the globe. I listened to nearly everyone like Dagrin, Olamide, Rick Ross, Styl plus, Lil Wayne, Nicki Minaj, Eminem, Jay Z, Davido, Wizkid, Asa, Sound Sultan, Eedris Abdulkareem, African China, Danfo Drivers, etc.

The list is endless because we listened to every song we could get hands-on.

It’s an interesting list. Do you believe the songs you listened to as a child influenced your choice of music?

I strongly believe exposure to that much musical content at an early age helped shape my sound. I remember I could rap all the lyrics to Olamide’s Eniduro when I was 9.

As a lover of music, what inspires you?

Self-expression is the biggest reason for my decision to pursue music. I make music inspired by my emotions and the feelings of those around me to whom I relate to. I like to tell a lot of stories with my music. I plan to speak the minds of people who can’t express themselves for some reason or another.

With my music, I want to be a powerful voice for this generation.

I love it, self-expression being your most significant reason to pursue music. Moving on to your sounds, you recently released your debut single, Garawa, last month. What are your expectations of the song and the future in general as a leap into the music scene?

Garawa is an excellent record, the first of many more. I would love to see the song help signify my readiness to step onto the track and go the distance, however far that may be.

In the foreseeable future, I want my brand to have grown to a point where I’d be recognised as one of the leading artists in the Nigerian music industry.

Unlike other upcoming artists, do you believe there’s a unique feature you have that sets you apart from the rest and you consider a big flex for you?

I believe this unique feature would be my willingness to experiment with my music. I prefer to make music that’s trendsetting instead of trying to keep up with already set standards set by the current chart-topping acts.

You know, no better way to make headway in this industry than to make trendsetting tunes. So, are you limited to a particular genre of music? Or do you think of yourself as a versatile artist?

Many artists make music in one direction these days; I’m not afraid to explore. But if I were to tag my music under a genre, I’d call it EMO music (as in Emotional Music).

I believe there is such thing as EMO music, Afro-emo, they call it. Tell us what a typical day is like for you.

As a student, when I’m not in class, I’m usually at home or in the studio. Sometimes I hang out with my friends. I’m not outdoors, but you can find me by the lagoon or on the beach.

If music wasn’t a path you intended to follow, what would you be more focused on now?

I’d be trying to build a career in public relations or advertising.

Tell us something you think of music that isn’t right in the Nigerian music industry.

Many music business executives are very profit-driven, which shouldn’t be bad if it’s not at the expense of the artists they work with.

I wish the music business in Nigeria wouldn’t be as dark as it’s often reported to be.

Well said, AdeTona. So what are your other interests asides from thinking of lyrics, melodies and rhymes?

You must be quite the chef then. Are we expecting something new from you soon?

Follow-up songs are in the works, but Garawa is still out and banging for now.