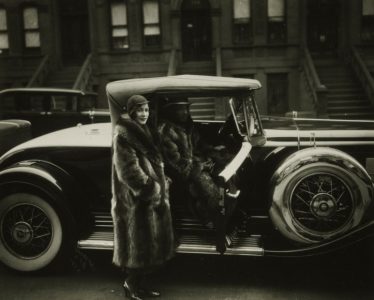 Without the past, it’s hard to envision a future to build on, things to avoid, and the ones to become. Our past helps us to remember. It’s why as part of our newsletter and article releases, we’ll give you those periodic and brief doses of nostalgia to remind you, to muse you into creating, striving to be more.

Our debut artist for this week’s step back into history has a touch of something eccentric, historic, something Black (with sprinkles of white). We want to Moveee you in on one of the men that shaped American (especially black American) history through his photographs. We give you James Van Der Zee.

Born twenty-five years after the emancipation of his people and not too far from the first world war, James was raised in Massachusetts, in his home town Lenox. He grew up being a photo assistant in New Jersey before moving to Harlem with his wife in 1916. The first world war period saw his business boom with photographs of social engagements and the likes of such, but this was only the beginning of his uprising. James would later find himself not only documenting The Harlem Renaissance (an intellectual and cultural revival of African American creativity, spanning music, dance, art, fashion, etc) but also being a prominent member of the movement.

It is believed that James Van Der Zee has the most comprehensive documentation of this movement. His works were categorised by an excellent retouching of glamour shots that reflected a certain air of perfection. His work was in high demand, and part of the reason would be because he was the type to experiment with new things.

He is rightly featured on Focus Camera’s list of 10 Black photographers who shaped American history. Take a step back with us to explore some of the pieces from Van Der Zee’s body of work in the gallery above.

Van Der Zee was not only the de facto documentor of the Harlem Renaissance but also a prominent member of the movement. As a result, his body of work is a veritable who’s-who of celebrities including the poet Countee Cullen, dancer Bill “Bojangles” Robinson, Bishop Charles M. “Daddy” Grace, boxer Joe Louis, entertainer Florence Mills, and the black nationalist leader Marcus Garvey.

More about James Van Der Zee and his work on The Studio Museum.